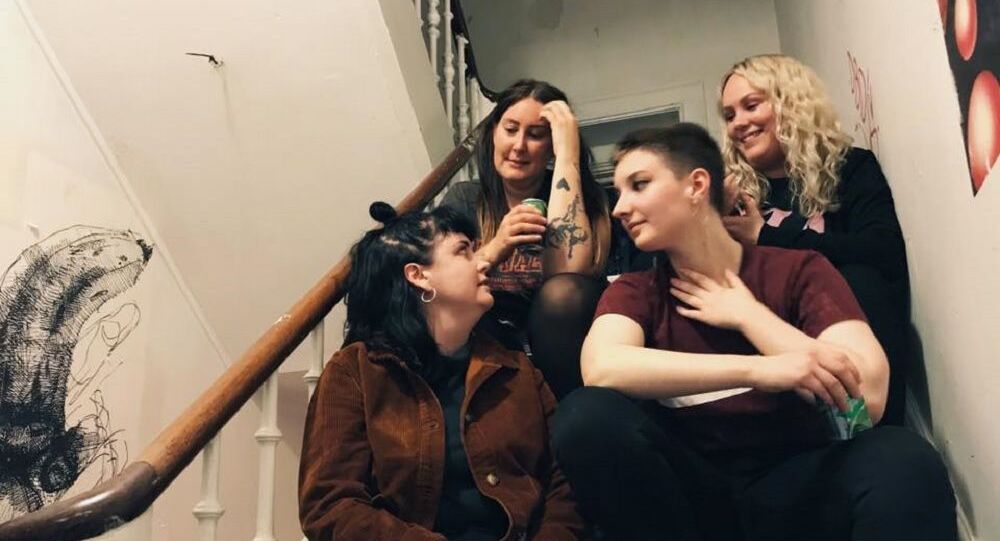 The performance by the self-described feminist punk band backfired, as many found the loud-mouthed bare-bottom political attack distasteful.

Award-winning Malmö band Arre! Arre! have spiced up the live broadcast of P3 Gold Gala, where they won in the category 'Rock/Metal Band of the Year'.

During the gala, female guitarist Matilda “Mattis” Årestad gave a political speech in front of the camera, which culminated in her mooning the crowd.

“I want to thank everyone who hides refugees, everyone who struggles in health care, everyone who works on women's shelters. You are the real heroes. Thank you everyone who votes red. F**k Jimmie!” she roared, taking a jab at right-wing Sweden Democrats perennial leader Jimmie Åkesson.

With those words, the band dropped the microphone and left the stage.

“Of course, we are distancing ourselves from the last statement, but otherwise huge congratulations,” gala host Kodjo Akolor said.

The gibe sparked strong reactions, not only among the Sweden Democrats and their supporters, but also among many others who found it to be in bad taste.

​Another one posted a photoshopped image of Åkesson politely declining the offer.

“Why, why is she like this?” another one asked.

​However, some were supportive of the mooning.

“The best thing that happened this week! Very nice of Arre! Arre! Enough of mollycoddling with the racists in our society. So nice to hear this in Swedish public service no matter how do they distance from it afterwards,” Daniel Riazat of the Left party tweeted.

​To this, one retorted sarcastically: “Yeah, Hitler was also stopped this way”.

​Tweet: Things no one has ever said: “I intended to vote conservative, but changed my mind after a leftist woman shrieked and showed her behind during P3 gala”.

However, a January survey by pollster Sifo put the Sweden Democrats at the top with 23.8 percent of the vote, edging out the “red” Social Democrats and the Left at 23.5 and 10.2 percent, respectively.

Many link the recent successes of the anti-immigrant Sweden Democrats, whose support has risen four times over the past decade, with the problems associated with uncontrolled immigration, such as crime, including a record number of shootings and blasts, as well as unemployment and urban blight.

By contrast, the ruling Social Democrats, who have run Sweden on a pro-immigration platform, have dropped to their second-lowest approval rating since Sifo's inception in 1967. The all-time low of 23.2 was recorded in January 2016, following the unparalleled intake of 163,000 asylum seekers in 2015.