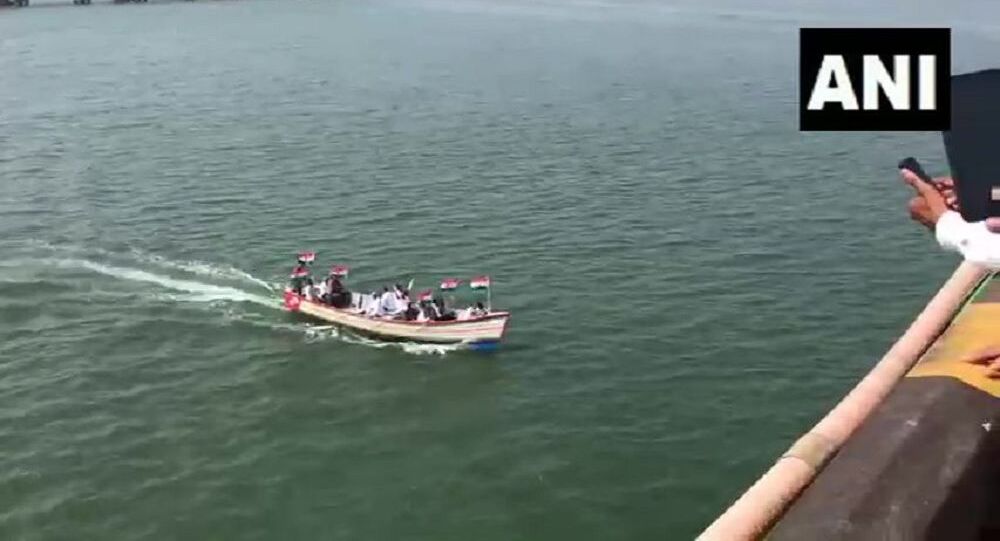 New Delhi (Sputnik): A newly enacted citizenship law in India had triggered large-scale protests across the country, some even violent, resulting in clashes, vandalism and the death of 25 people. The opponents of the law claimed, it was discriminatory and against the Constitution, while the federal government dismissed those allegations.

Since the citizenship law was enacted on 12 December, 2019, protests have continued unabated despite the government’s efforts to clarify its provisions.

On Wednesday, thousands of people gathered in Mangaluru, a coastal city in southern state of Karnataka. People from faraway places travelled by boat, waving India’s national flag, as they headed to the protest venue.

Karnataka: People traveled by boat to Mangaluru to hold protest against #CitizenshipAmendmentAct and National Register of Citizens, yesterday. pic.twitter.com/WaVunXFQsr

​"We will find new ways to protest and make our voices heard to the government. We demand a complete rollback of the Citizenship Act," said a protester.

The Citizenship Amendment Act, 2019 (CAA) allows citizenship to persecuted Hindus, Sikhs, Christians, Buddhists and Parsis from Pakistan, Bangladesh and Afghanistan. Conspicuously, Muslims were left out of the purview of the law, causing the ongoing agitations, with protestors alleging the law is discriminatory and unconstitutional.

Indian Home Minister Amit Shah, however, has clarified that no citizen of India need be apprehensive about the new law or the National Population Register, which is a periodical head count of the population.

Anti-Citizenship Protests Have No Bearing on India as Investment Destination, Top Industrialist Says