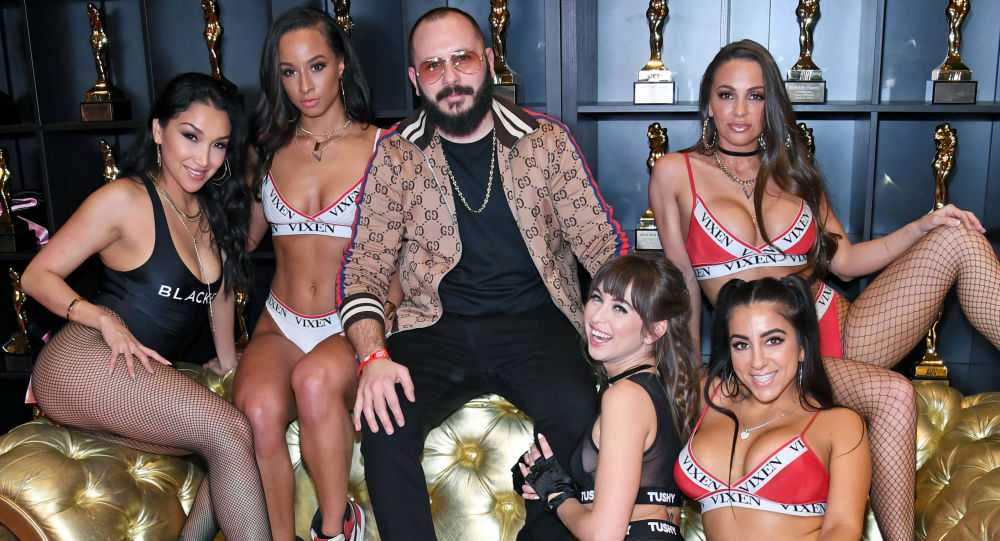 Logan Paul’s younger brother, 22-year-old Jake, is set to face another YouTube star, AnEsonGib, in Miami on 30 January. Ahead of the fight, the two have been turning up the heat, trashing each other in interviews and on social media. One of the brightest porn-talents in the world, Riley Reid, has joined this roasting party on Jake Paul’s side.

PornHub’s third most searched for actress Riley Reid, whose videos were viewed almost 600 million times last year, has backed Jake Paul ahead of his YouTube boxing showdown with another popular blogger AnEsonGib, saying “Jake is going to f***ing kick his ass”.

The 28-year-old adult movie performer, who has also built up an impressive Instagram profile as “baconbootyy” with over 2.3 million followers, told Matchroom Sports that she’s hoping for a knockout in the first round.

“I can hope - and it would be amazing to see a knockout in the first round. But hopefully by the third someone will f***ing go down and it will be f***ing Gib, because you're going down... I can only hope”, she said.

Although she sounded sure that being in Jake’s hometown might help, her earlier prediction about his brother Logan Paul’s fight with KSI did not come true and Paul was defeated.

Me trying to get my crush to slide into my dms. (Update: it worked)

"I don't know if he's uncomfortable and shy because he's not in his hometown or around all of his people, this is Jake's town. I thought in the Logan Paul fight he would knock him out in the first round and so I don't know”, she said.

Jake Paul is heating up interest for his upcoming face-off online, promising not only to walk over "doormat" AnEsonGib but also to avenge his brother and beat KSI.

"Gib is a doormat to me. Something to wipe my shoes on, on the path to avenge my brother. My brother lost due to a two-point deduction. It was a controversial win for KSI. But I have a different mentality. After I beat Gib, KSI will get the smoke. That's where this is going”, he said, as cited by The Sun.

We Love You Tana! Netizens Line Up in Support as Tana Mongeau Announces ‘Break’ From Jake Paul