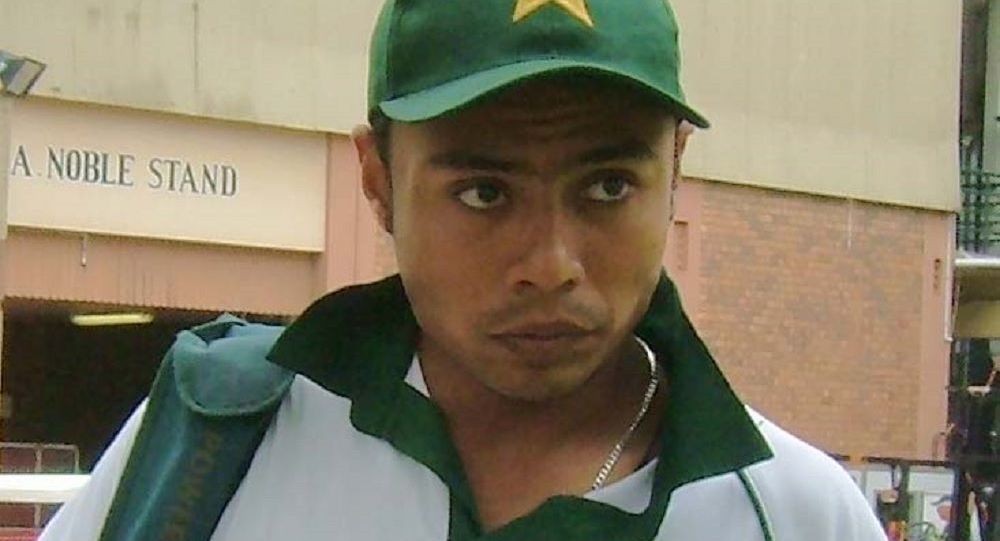 ‘Come Back To India’: Twitterati Embrace Hindu Cricketer Who Alleges Discrimination in Pakistan

New Delhi (Sputnik): Danish Kaneria was the second Hindu player on the Pakistan cricket team after his maternal uncle Anil Dalpat, who took 261 wickets in 61 Tests at an average of 34.79. Kaneria was found guilty of spot-fixing in 2009.

Indian social media users are asking Kaneria to seek Indian citizenship under the new Citizenship Amendment Act (CAA) after he confirmed facing mistreatment and discrimination while playing for the Pakistani national cricket team as a minority Hindu in the country.

A huge controversy sprung up on Thursday after former Pakistani pacer Shoaib Akhtar  alleged that his teammate Kaneria faced discrimination at the hands of some Pakistani cricketers due to his faith. He was never given due credit for his performances and other teammates were reluctant to even share food with him. And Kaneria responded in affirmation.

In a tweet, Kaneria thanked Pakistani players for their support but did not want the issue to be politicized.

“Whatever @shoaib100mph said in his interview is true. But at the same time, i am thankful to all great players who supported me wholeheartedly as a cricketer. I personally request all not to politicise the issue,” said Kaneria.

Whatever @shoaib100mph said in his interview is true. But at the same time, i am thankful to all great players who supported me wholeheartedly as a cricketer. I personally request all not to politicise the issue. Here is my statement: pic.twitter.com/8vN3Kilm4W

Speaking to India media, Kaneria thanked Akhtar for telling the truth and supporting him. He also sought the help of the cricket administrators and Pakistan’s Prime Minister Imran Khan, saying that his life is “not in good shape”, reported ANI.

"My life is not in good shape and I am approached by many individuals in Pakistan and around the world to resolve my issues. Yet, I have not received any help. Issues of many cricketers in Pakistan have been resolved though. I need support from the honourable Prime Minister Imran Khan to help me out," said Kaneria over the phone.

Akhtar made the revelation on Thursday 26 December during a show called   “Game on Hai” aired on PTV Sports.

Extremism against #minorities in #Pakistan.
Sensational disclosure by #ShoaibAkhtar on how #danishkaneria was mistreated for being #Hindu.
He was not given credit for his performance & often co-players refused to even eat with him.@ShahidQuetta #SupportCAA @kayjay34350 pic.twitter.com/VDQDgLEPzY

“During my career, I fought with two-three (in the team) when they talked about regionalism. Things like ‘who is from Karachi, Punjab or Peshawar’ that used to infuriate me,” said Akhtar.

“They used to say why is he taking food from this place?” he added. “The same Hindu won the Test for us against England. If he is taking a bagful of wickets for Pakistan, he should play. We could not have won the series without Kaneria’s effort. But not many gave him credit for that.”

The controversy has triggered a row in India with politicians and netizens fuming over the alleged mistreatment of the minority Hindu player and asking him to take Indian citizenship.

Finally! CAA, a humanitarian law, is encouraging persecuted religious minorities, to speak up against atrocities faced by them. India should be proud of what it has achieved by this legislation.

Will the champions of human rights, Leftists and Congress now campaign against this? https://t.co/F30bsiNsQB

Henceforth #CAA was the need of the hour to save Religiously Persecuted Minorities of the 3 neighbouring countries pic.twitter.com/Bcnr5XBcc8

@ImranKhanPTI this is called persecution of minority in Muslim majority country. @AmitShah@MEAIndia
He is welcome to India along with his family and can apply for citizenship of India #DanishKaneria #ISupportCAA_NRC https://t.co/CVztvOeibV

I was born a Hindu. I am proud of my religion. #ShoaibAkhtar is brave to talk about the discrimination I faced in Pak cricket team being Hindu. Despite it I will always remain #Hindu:#DanishKaneria tells me on @IndiaToday. Also talks about #YusufYohana & agony of discrimination

Whatever #ShoaibAkhtar said about #DanishKaneria is #Shameful and embarrassing for every Pakistani if it's true that #DanishKaneria was mistreated because of his religion.
I'm sorry #DanishKaneria 🙏🙏 Hum Sharminda Hain .🙏#MyReligionIsHumanity

On the other hand, several slammed the opponents of the CAA, which seeks to provide citizenship to persecuted religious minorities from three neighbouring Islamic countries.