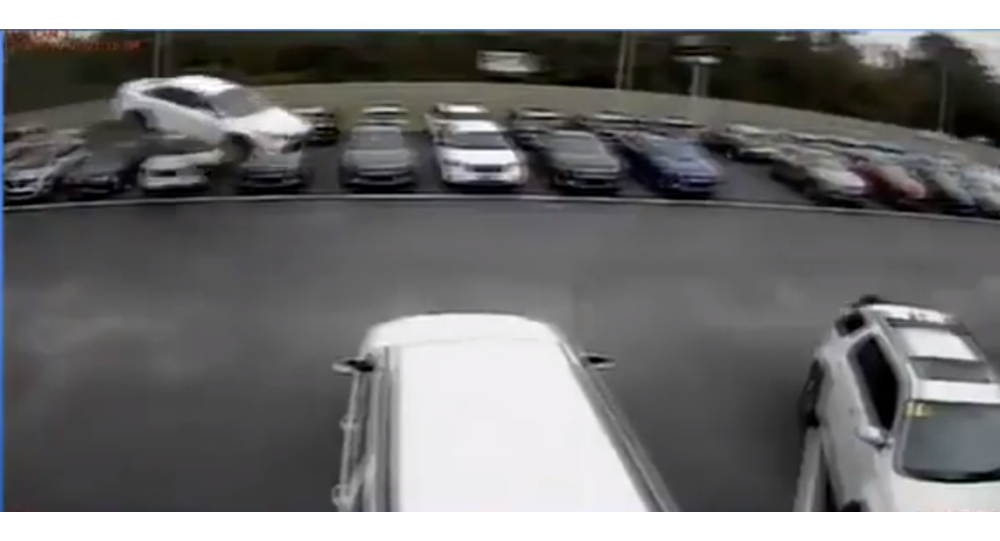 According to a National Highway Traffic Safety Administration, medical episodes result in around 20,000 accidents each year. Not often however, do they end up being caught on security cameras at the crash site.

Footage of an out of control car crashing through a Ford dealership in Crystal River was caught by its security cameras, showing the vehicle flying through the air across two rows of vehicles and into the parking lot. The video shows a white Toyota Camry jumping over at least a dozen vehicles before crashing to the ground, near a Crystal Ford employee affixing a license plate onto an SUV truck.

The flying car ultimately came to a stop by crashing into 3 cars in the park.

Police said that the driver of the vehicle became dizzy due to a medical issue and and accidentally swerved into the side and over a ditch which projected him and his car as high as 139 feet in the air.

According to WTVT, the driver was taken to the hospital on Tuesday afternoon following the incident.

Police have not confirmed his identity or the extent of his injuries, but Spectrum Bay News confirmed that he is alive and well. Luckily, none of the 15 to 20 employees or customers present at the site when the crash occurred were injured.

Toyota Prius Goes Flying After Getting Rammed by Cargo Train