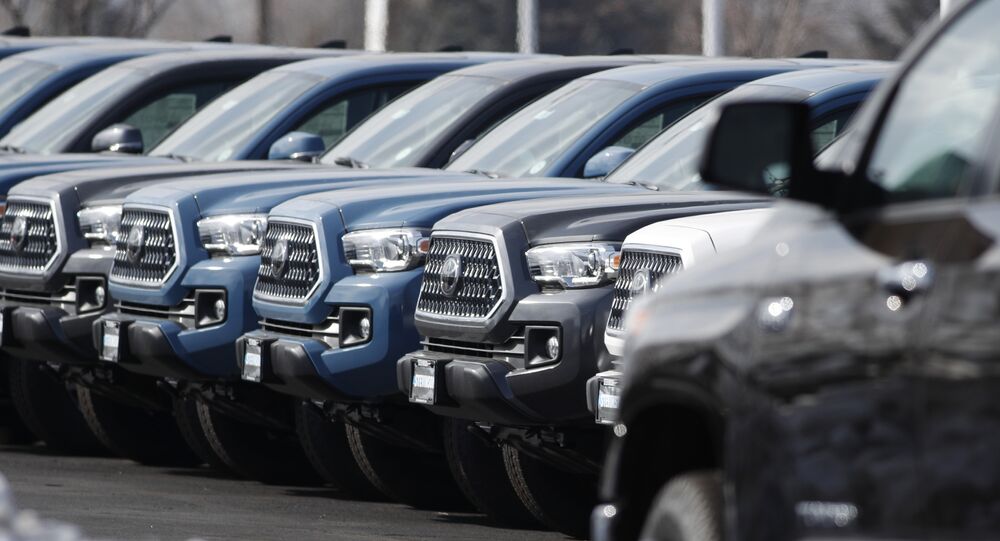 Toyota Motor Corp. issued a statement answering US President Trump’s proclamation that some auto sector imports were a threat to national security, signalling Japanese investments are “not welcomed” in the US.

Japan’s largest automaker noted that it directly and indirectly employs more than 475,000 people in the US and has invested more than $60 billion, including 10 manufacturing plants.

"Today’s proclamation sends a message to Toyota that our investments are not welcomed, and the contributions from each of our employees across America are not valued," the company said.

"Most every American has a Toyota story and we are very proud of the fact that over 36 million Toyota and Lexus vehicles are still on US roads today. Our operations and employees contribute significantly to the American way of life, the US economy and are not a national security threat," Toyota added in the statement.

Trump on Friday issued a proclamation directing the US trade representative to negotiate agreements to "address the national security threat, which is causing harm to the American automobile industry."

"United States defence and military superiority depend on the competitiveness of our automobile industry and the research and development that industry generates," the White House said in a statement.

© REUTERS / Fabian Bimmer
German Car Makers May Lose ‘Billions of Dollars’ if Trump Slaps EU With Auto Tariffs
Trump had recently decided not to impose auto tariffs for 180 days amid ongoing negotiations with Japan and the European Union. Toyota said in a statement that the company remains “hopeful” that negotiations will be resolved quickly and “yield what is best for the American consumer, workers and the auto industry.”

The Alliance of Automobile Manufacturers, a trade group representing 12 of the largest domestic and foreign carmakers, in a statement released this week warned that imposing tariffs on auto imports could put as many as 700,000 American jobs at stake and “roll back the benefits from the Trump tax cut and have widespread impact across manufacturers, suppliers, and dealers in all 50 states.”

Japan Pushes for US Trade Deal, Urges Against Auto Tariffs