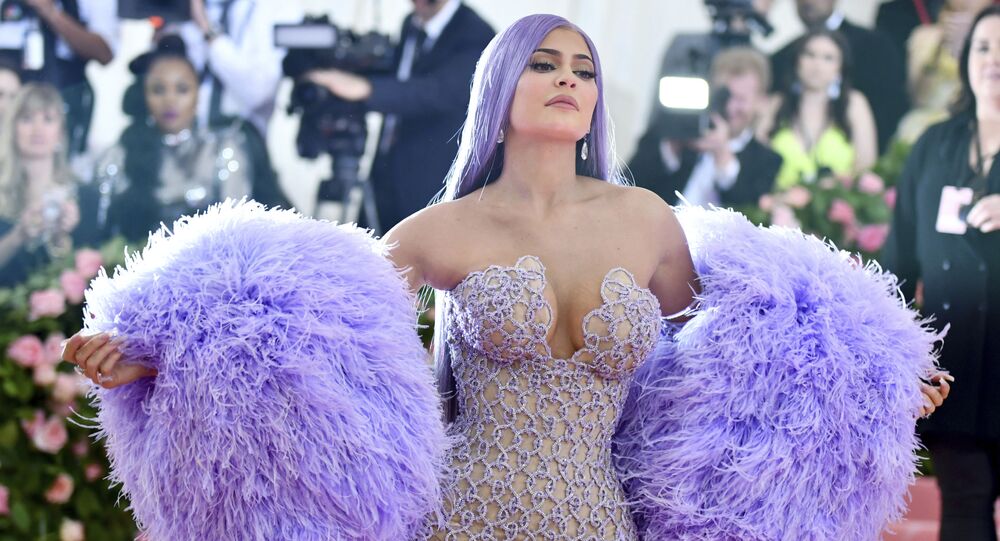 Young billionaire and shining star of Keeping Up With The Kardashians Kylie Jenner has opted for several looks during this Halloween season, with the latest one causing an uproar among her social media followers.

American media personality Kylie Jenner set Instagram ablaze after posting several Halloween-inspired photos, as she dressed up as a more sexual alternative to children’s character Ariel from The Little Mermaid, wearing a bright red wig and a purple shell bra, with metallic green skirt acting as a fin.

“Ariel grew up..” Jenner captioned one of the pics.

While Jenner’s followers were simply shocked by the star’s astonishing looks, made even more realistic with a pair of blue-coloured contacts and a fishnet top around her shoulders. Some Instagram users even suggested that Disney should probably consider “recasting” the movie.

Just the night before, the 22-year-old billionaire opted for another eye-popping costume while appearing at a Halloween party dressed up as a Playboy bunny. Unsurprisingly, the mother-of-one and her model friend Anastasia Karanikolaou made a huge impression on the social media crowd with their costumes that featured a black leotard, cuffs, bowties, and bunny ears.

A few days ago Jenner caused another stir among her fans after the model dressed up her one-year-old daughter Stormi in the costume of… herself wearing an iconic Met Gala dress. Despite some controversies over Jenner’s apparent self-obsession, the model’s followers generally found Stormi’s look to be adorable.