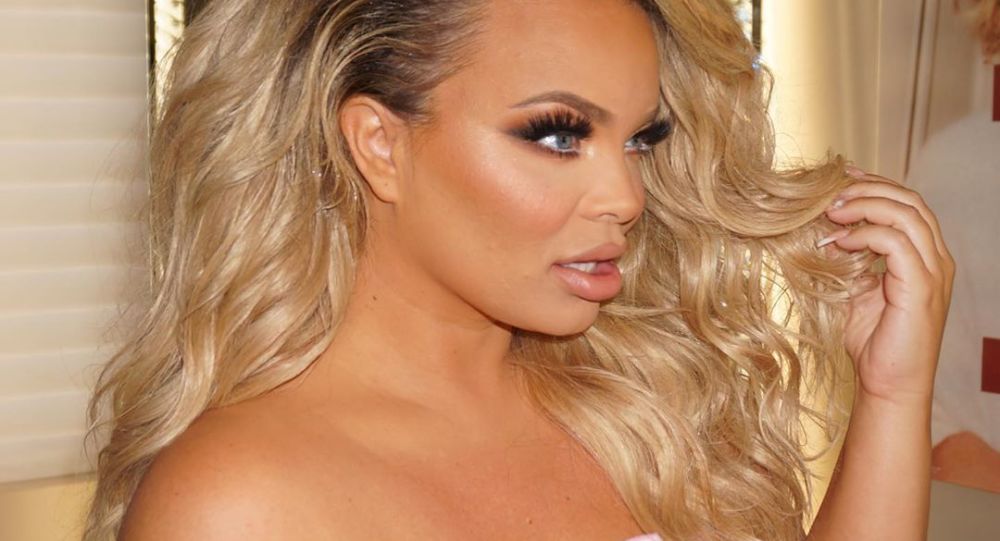 YouTube star Trisha Paytas has found herself subjected to lots of hate from the transgender community after declaring that she now identifies as a trans man.

Trisha Paytas – a blogger with close to five million subscribers on YouTube, notoriously known for her on-camera breakdowns and clickbait content on various topics – posted a tearful address the following day she “came out” as transgender.

“I am overwhelmed by the amount of backlash,” she said. “I put out that video and in no way did I think I would get so much backlash and hate – and a ton of hate from the LGBTQ+ community.”

“That alone breaks my heart so much because I would never want to offend that community,” the 31-year-old blonde added. “I haven’t told anyone in my life these feelings…because of the judgement, because of the backlash.”

The former reality show star, who has declared herself to be bisexual and lesbian in the past, said that she had been seeing a gender identity therapist for the past six months and that he told her that not every transgender person transitions to the gender they identify with.

“As a child I hated my breasts, I hated my vagina, I hated going into the female bathroom, I hated being classified as female, I hated being told to play with Barbies,” she recounted, concluding later that she didn’t get “how people think I can choose this, that I’m just deciding to do this.”

Paytas did raise a lot of eyebrows in the previous video, in which she described herself as a “gay man”. “People always think there’s something wrong with me because I don’t have that many girlfriends but I do love girls — I love their sensitivity and all the stuff like that,” she said. “That’s why I identify more as a gay man because I like guys but I also identify as a guy.”

In the same video, she said she feels like she is a “transgender female to male but also a drag queen” because she likes “glam” and dressing up.

The YouTuber added confusion to her claims when she said she one thousand percent “thinks” she is transgender while also identifies with her “natural born gender” as a female. Paytas said she would continue using female pronouns and her birth name, and argued that it’s OK to “be any gender you choose on any given day.”

Many users on social media suggested that her assertion that she felt more masculine that feminine had nothing to do with gender dysphoria - a conflict between her gender identity and her biological sex – and in fact meant she refused to conform to gender norms.

Some members of the transgender community went even further to claim that the YouTube was making light of gender identity issues or even exploiting them; there also was a widespread opinion that the transgender announcement was all but a PR stunt.

I, too, like dressing more masc than femme. I also feel more comfortable with short hair, avoid drama, am attracted to gay men, and regularly present myself in masculine ways. But does it make me trans? No. It’s androgyny. You can be androgynous without appropriating a movement.

I couldn't even finish watching trisha paytas ""coming out"" video because of how uncomfortable it made me. I am a transgender man, and seeing her go in front of her millions of followers and claim to be the same thing as me is disgusting. she'll really do anything for attention

please read the things she said in the video, it's actually ridiculous pic.twitter.com/iMgmKhT8OZ

“Using gender identity as click bait is a privileged act of violence,” she said. “I'm not gonna stand for it. I don't care what it's actually about. The headline and photo used cannot be serious. Trans people are murdered for quietly trying to live their life.”

Report this tweet. Using gender identity as click bait is a privileged act of violence. I’m not gonna stand for it. I don’t care what it’s actually about. The headline and photo used cannot be serious. Trans people are murdered for quietly trying to live their life. Big NOPE😡 https://t.co/b7PB99vc5H

Some people, however, were more condescending, and said Paytas didn’t have no be flooded with hate even if she got lost in the transgender discourse.

YouTuber Jake Edwards wrote: “No trans person entered this world with a full understanding of the correct terminology to use. My main issue with the video was the lack of understanding and conflating gender stereotypes with gender identity. ‘BUT this should be met with allowing Trisha the space to learn.”

No trans person entered this world with a full understanding of the correct terminology to use. My main issue with the video was the lack of understanding and conflating gender stereotypes with gender identity. BUT this should be met with allowing Trisha the space to learn.