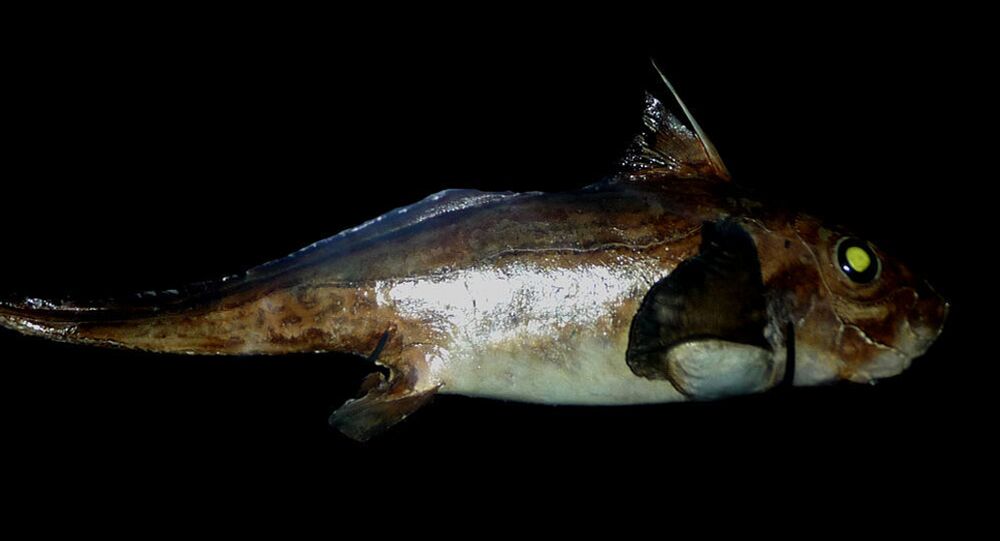 Despite its other-wordly appearance and an eerie-sounding Latin name, the Chimaera Monstrosa actually tastes “like cod, but better”, a proud fisherman said.

While looking for blue halibut off the shore of Norway, a Norwegian fisherman ran into a much rarer catch, an alien-like monster with large bulging eyes.

19-year-old Oscar Lundahl, a guide for the fishing company Nordic Sea Angling, had four hooks with mackerel with bait, when he dragged out the bizarre-looking creature. The way he himself put it, he nearly jumped out of the boat in astonishment.

“It took me about 30 minutes to reel it in because it was 800 metres deep”, Lundahl told The Sun.

Oscar Lundahl was trying to catch blue #halibut when he found the unusual #fish on the end of his line off the coast of #Norway. pic.twitter.com/0SCVK5n5od

​By his own admission, he didn't know such fish species evened exist until he was enlightened by a more experienced colleague.

The oddity turned out to be a ratfish, also known as ghost sharks, spookfish or rabbit fish. Its trademark feature is a somewhat grotesque exterior, complete with huge eyes that are believed to have been developed to help them see in the darkness of the deep.

While complete harmless to humans, it bears the unsettling Latin name of Chimaera Monstrosa, derived from a Greek mythical monster that had the head of a lion and tail of a dragon. The fish is a remote cousin of the shark and dates back millions of years. Since they are deep-water dwellers, ratfish feed on crabs and sea snail and are rarely caught.

​While the eccentric -looking fish gathered many wows from puzzled netizens, some pointed out that its eyes normally aren't this size, and that it looked that way due to a rapid pressure change that literally tore the fish organs apart.

Being a bottom dweller, the ratfish didn't survive the change in pressure and ended up in Oscar's kitchen, being pan-fried in butter.

“Despite its ugly appearance it was really tasty. It is a bit like cod but tastier,” Lindahl said.