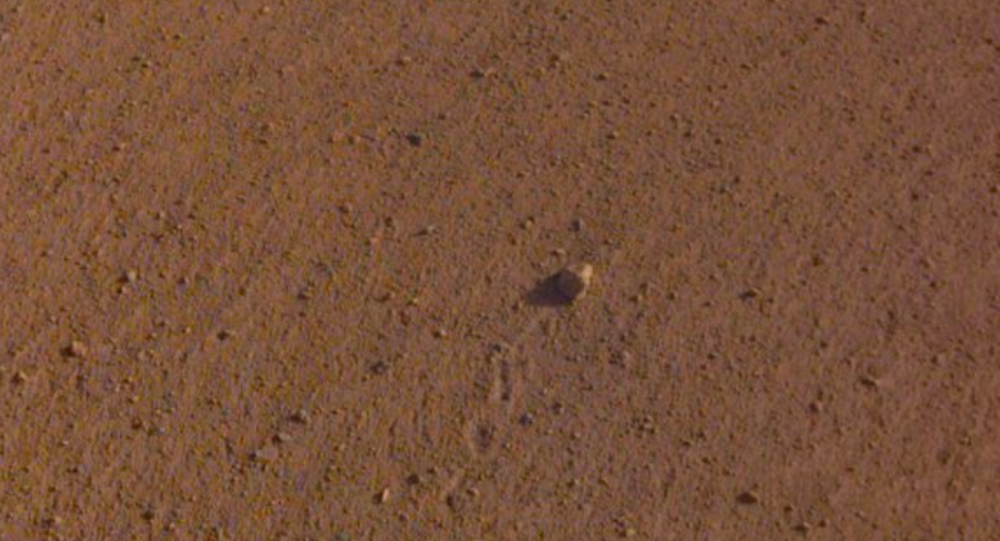 Famous English rock band The Rolling Stones is making history in space after NASA named a rock on Mars after the legendary group.

“For decades, the music of The Rolling Stones has had a global reach here on Earth. Now, the band's influence extends all the way to Mars. The team behind NASA's InSight lander has named a Martian rock after the band: 'Rolling Stones Rock,’” NASA wrote in a Thursday press release.

​The rock, slightly larger than a golf ball, rolled about 3 feet after InSight’s thrusters first landed the probe on the Red Planet on November 26, 2018. Three feet doesn’t sound like much, but it’s the farthest the space agency has seen a rock move while landing on a different planet, according to the press release.

InSight is the first robotic lander designed to study the “inner space” of the Red Planet, including its crust, mantle and core.

The rock’s new name was made public by actor Robert Downey Jr. before a Rolling Stones concert Thursday night at the Rose Bowl Stadium in Pasadena, California, just a few miles away from NASA’s Jet Propulsion Laboratory, which oversees the Mars InSight mission.

​"NASA has given us something we have always dreamed of, our very own rock on Mars. I can't believe it," Stones vocalist Mick Jagger told the crowd. “I want to bring it [the rock] back and put it on our mantelpiece.”

However, despite its greatness, the rock’s name isn’t technically official. That’s because the International Astronomical Union is in charge of officially naming objects in the solar system.

"So while the name Rolling Stones Rock is informal, it will appear on working maps of the Red Planet," the NASA statement reads.

Matt Golombek, a Jet Propulsion Laboratory geologist who has assisted NASA with all of its Mars missions since 1997, also commented on the rock’s new moniker.

"I've seen a lot of Mars rocks over my career," Golombek said in the NASA press release. "This one probably won't be in a lot of scientific papers, but it's definitely one of the coolest."