On Monday, NASA’s InSight (Interior Exploration using Seismic Investigations, Geodesy and Heat Transport) Lander is scheduled for a soft touchdown on the surface of the planet Mars, the first spacecraft launched from the West Coast of the US to reach another planet. 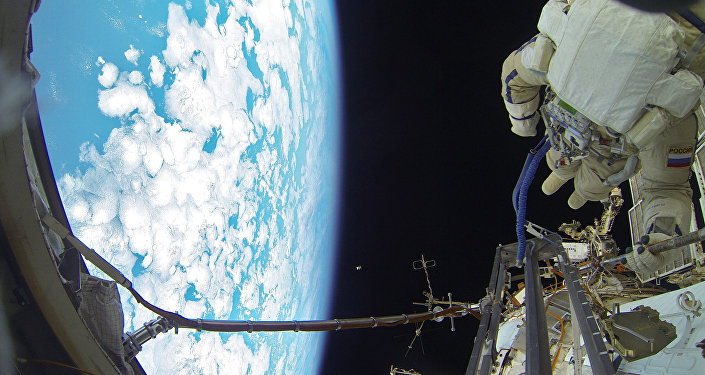 © Sputnik / Roscosmos
NASA Director: US-Russia Ties in Space Stronger Than Ever
The unmanned spacecraft, built by Lockheed Martin, is expected to reach the Red Planet around 3 p.m. ET, on Monday.

"Landing on Mars is hard. It takes skill, focus and years of preparation," Thomas Zurbuchen, associate administrator for the Science Mission Directorate at NASA headquarters in Washington, said in a November 21 news release.

"Keeping in mind our ambitious goal to eventually send humans to the surface of the Moon and then Mars, I know that our incredible science and engineering team — the only one in the world to have successfully landed spacecraft on the Martian surface — will do everything they can to successfully land InSight on the Red Planet," he added.

InSight was launched from the Vandenberg Air Force Base in central California on May 5, 2018, on a United Launch Alliance Atlas V401 rocket. It is expected — within the course of less than seven minutes — to "hit the top of the Martian atmosphere" at some 12,300 mph before slowing down to 5 mph and softly landing on Mars, according to the NASA news release.

"We can't joystick the landing, so we have to rely on the commands we pre-program into the spacecraft. We've spent years testing our plans, learning from other Mars landings and studying all the conditions Mars can throw at us. And we're going to stay vigilant till InSight settles into its home in the Elysium Planitia region."

The mission is expected to provide scientists with a great deal of information on the Red Planet.

"The landing will kick off a two-year mission in which InSight will become the first spacecraft to study Mars' deep interior," NASA explained on its website. "Its data also will help scientists understand the formation of all rocky worlds, including our own."

In addition, two mini-spacecraft have been following InSight. The agency's mission, dubbed Mars Cube One (MarCO), will relay data back to Earth as the two tiny spacecraft and the InSight Mars lander make their way to Mars.

Though the twin spacecraft are officially known as MarCO A and MarCO B, they have been bestowed the nicknames "Eve" and "Wall-E" by their engineering teams, according to a statement released by the space agency, nicknames taken from the 2008 Pixar film "Wall-E."

Launched alongside NASA's InSight Mars lander in early May, researchers have indicated that both CubeSats are effectively "chasing" Mars as it orbits the sun, in order to be in position to capture InSight's landing on the planet.

"Just by surviving the trip so far, the two MarCO satellites have made a giant leap for CubeSats," said Anne Marinan, a MarCO systems engineer, according to the NASA release. "And now we are gearing up for the MarCOs' next test — serving as a possible model for a new kind of interplanetary communications relay."

"Landing on Mars is exciting, but scientists are looking forward to the time after InSight lands," said Lori Glaze, acting director of the Planetary Science Division at NASA Headquarters.

"Once InSight is settled on the Red Planet and its instruments are deployed, it will start collecting valuable information about the structure of Mars' deep interior — information that will help us understand the formation and evolution of all rocky planets, including the one we call home."