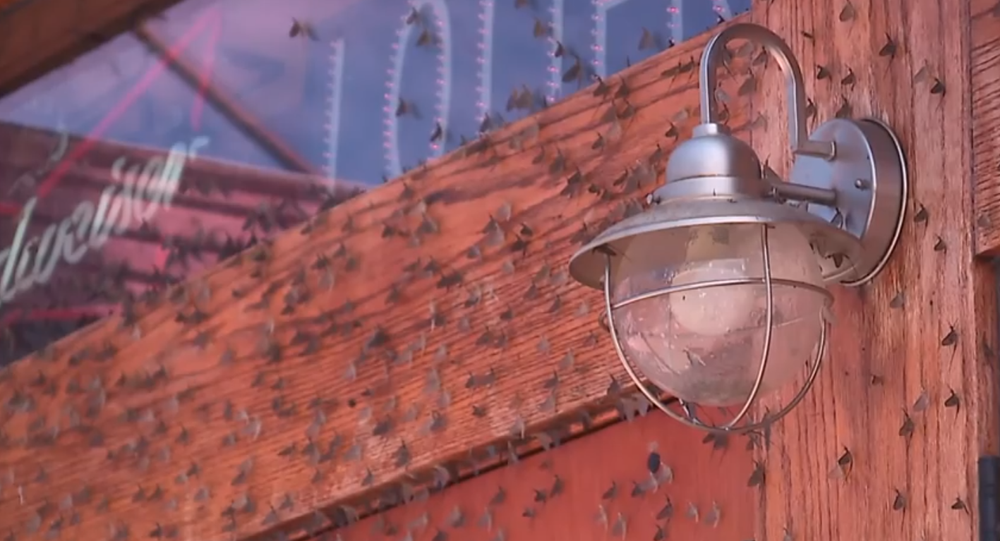 The Russian city of Blagoveshchensk, located near the Chinese border, came under an attack by innumerable little butterflies known as mayflies, Russian media reported Monday.

The video, uploaded online, shows city streets covered with corpses of the mayflies, piling like snowdrifts. The cameraman takes a fistful like a snowball. Clouds of insects flying around lamp posts, attracted to the light, appear like a heavy snowstorm.

Mayflies are completely harmless to humans and only last from several hours to one day to mate, after which they die. Some people, however, complain that the mayfly clouds make it difficult to breathe outside, not to mention the general inconvenience of thousands of butterflies simultaneously hitting you in the face.

Mayfly swarms are a common sight in Blagoveshchensk, but not in these amounts, the media reports say. Scientists speculate that the anomaly could have been caused by recent flooding earlier in July. Ecologists say the floods could have caused unpredictable changes to the ecosystem.