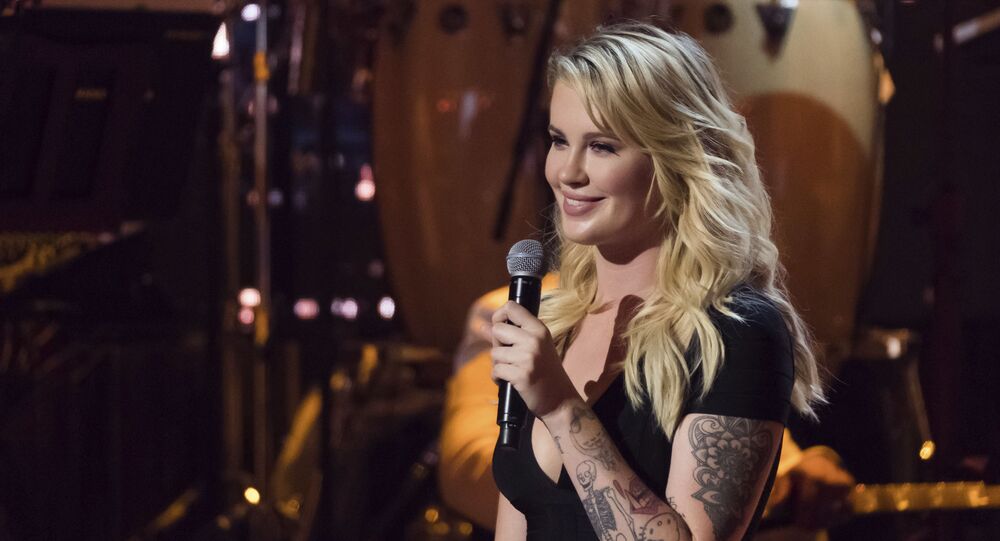 After Ireland Baldwin posted a cheeky photo of herself to Instagram last month, her dad, award-winning actor Alec Baldwin, was quite shocked. Yet in a recent interview, the 23-year-old model said she intends to continue posting such pictures in the future.

The risqué photo — which has garnered 45,000 likes since it was first posted — caught the attention of her Emmy-winner father, who replied with “I’m sorry. What?” in the comments section. Ireland revealed in an interview with Us Weekly that she got yelled at for it, adding that her dad was "not joking" when it came to his reaction, noting, "that's how dads are."

thank you @sixtyhotels for the beautiful stay. I may never be allowed back but it’s chill. Also my butt isn’t that white. It’s the sun. No it’s also that white.

Despite the strong reactions from her family members, Ireland's opinion hasn't changed: she's still going to post racy pictures in the future because she likes “being naked.”

“The slut-shaming and all the s**t that I get all the time from posting a photo, I don’t even look at comments anymore. People are wasting their time, honestly. … I’m going to continue to be naked and it’s fun and everyone should be. Honestly!” she told the outlet.

She also said that the videos of her drunk-eating at night were actually the most concerning for her father.

“The photos I get yelled at by my dad are the ones where I am drunk-eating at night at 2 a.m. at IHOP," she explained. "I posted this video, like, drinking maple syrup, and he was like, ‘You have to take that down! No one’s going to take you seriously.’ And I’m like, ‘Get over it, old man,'" she said.

Ireland is the face of Guess brand and in 2018 she signed with Muse Models after starting out with IMG. She has also been featured on the covers of Elle Bulgaria, L'Officiel Ukraine, and Marie Claire México and in the pages of W, Vogue Italia and Vogue Taiwan.