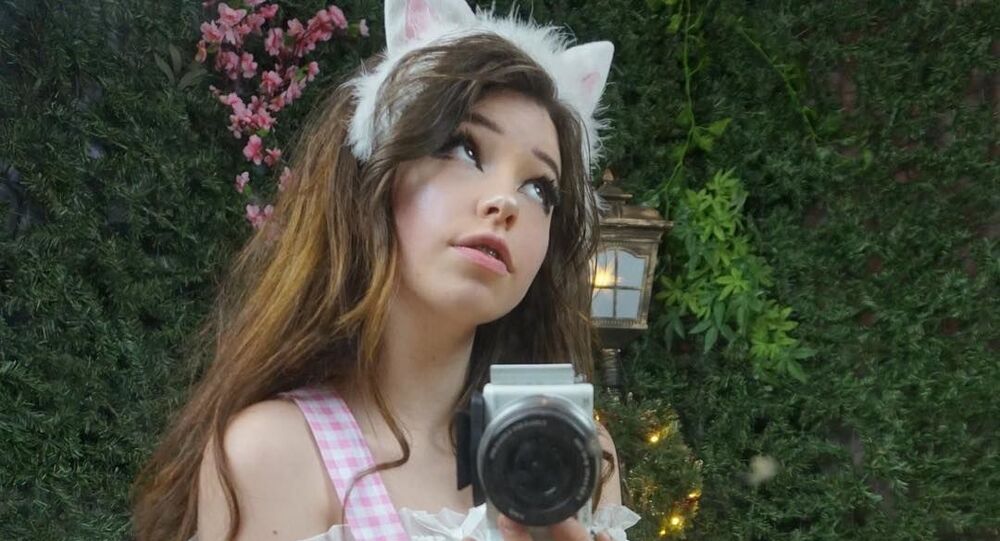 Commenting on her Instagram woes, Belle Delphine claimed that it all comes down to a “technical issue” which the social media platform is now working to resolve, and that she now intends to make a new account to stay in touch with her fans.

British cosplayer and self-styled “gamer girl” Belle Delphine who became a veritable viral sensation earlier this year after selling her bath water to “thirsty” fans, has now announced that she might soon restore her presence on Instagram after her account got banned for allegedly breaching community guidelines, Dexerto reports.

According to the media outlet, Belle made this reveal via an exclusive Patreon post on 1 August, where she complained that she was originally planning to "go away" for a couple of weeks right before the news of her Instagram account getting axed came in.

"As soon as I planned to go away my Instagram was removed, I am in contact with Instagram at the moment and it appears to be a technical issue which they are working on!" she said, adding that until said “issue” is fixed, she intends to make a new Instagram account.

Belle also wrote that she wants "to make this month an extra good month" for her fans, to show her appreciation for everything they’ve done for her.

Belle Delphine’s Instagram page was banned on 19 July after one concerned user tipped off the social media platform about the "nudity and pornographic content" allegedly being posted there.