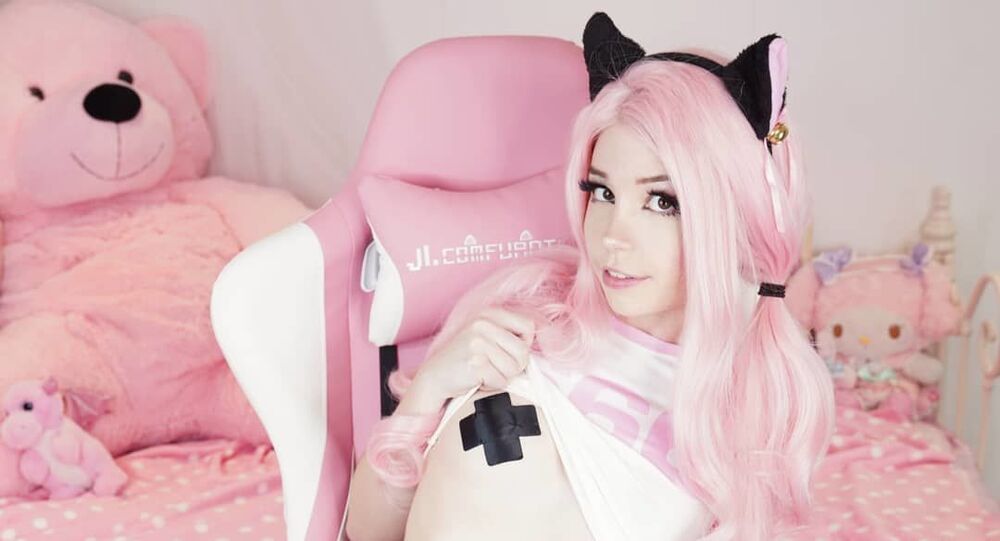 Belle Delphine’s "mysterious gift" was revealed around the same time as her Instagram account was banned after being reported by a concerned user for “containing nudity and pornographic content”.

Belle Delphine, a 19-year old self-styled "gamer girl" from the United Kingdom who recently made headlines by literally selling her bath water online, has apparently stepped up her game as she sent a peculiar present to Ethan Klein of the YouTube comedy duo H3H3.

According to Dexerto, on 2 July Klein received a direct message from Belle asking for his address in order to mail him a "mysterious package", after he suggested that she sell "jars full of her farts".

The contents of the package, which were finally revealed by Klein in a podcast on 19 July, turned out to contain a jar of Belle’s own spit, a micro-USB  with a video of the “gamer girl” collecting said spit, and an “I own Belle Delphine’s spit” cap.

"So she’s just drooling into a cup. Lots of drool", Klein remarked as he was watching the video. "Did she really drool that much?"