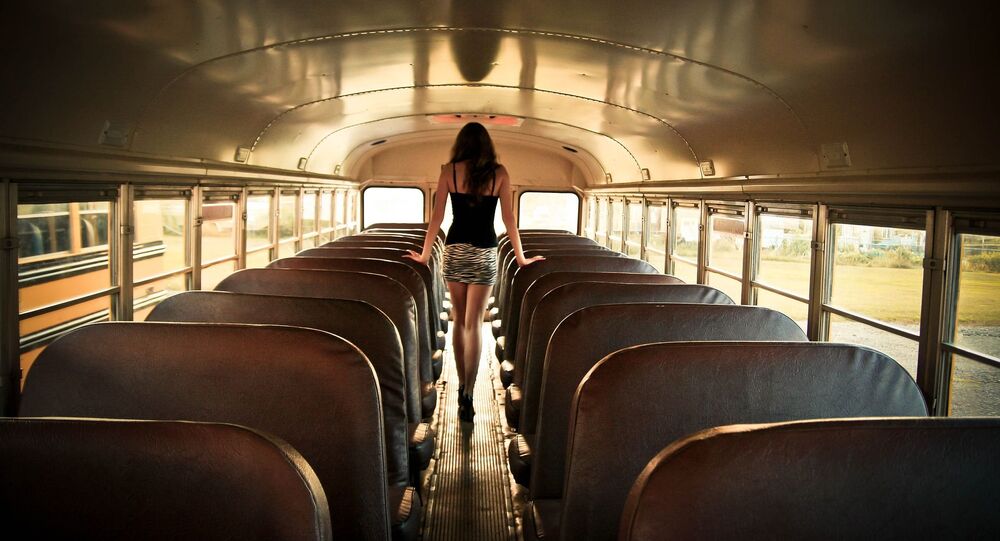 While many Facebook users suggested that the driver who rejected a lightly-clad 19-year-old female passenger was likely a Muslim, the traffic company denied any religious or political motive behind the incident, and assured its passengers that it had no views whatsoever on their clothing.

A driver has been suspended for insisting that a 19-year-old woman get off his bus in Malmö, Sweden, because she was dressed “too lightly” and showed too much skin, regardless of the sizzling heatwave. The public outrage also forced an apology from the transport company, Swedish Radio reported.

Last week, Amanda Hansson's bus ride in Malmö, the country's third-largest city, was unexpectedly cut short by the driver, who found her shorts and camisole top inappropriate and ordered her to “cover up”, citing the company's dress code, or leave.

Faced with this ultimatum, she got off the bus. By her own admission, she was “seething with anger”, but also felt humiliated by other passengers showing no reaction or support.

“I asked him what sort of sexist s**t he was trying to pull, but he just continued to say that I should cover myself up,” Hansson told Expressen newspaper. “What gives a bus driver the right to decide if a woman has ‘unsuitable clothing’ on?” she asked, describing the weather as “super hot”.

Hansson related her story on Facebook, prompting Skånetrafiken, the traffic operator, to offer her a public apology. The company assured that the driver's behaviour doesn't match the company's guidelines. She was offered compensation in the form of bus tickets for the rest of the year, but politely declined the offer.

Skånetrafiken's traffic director Linus Eriksson regretted the incident. According to him, it is rather strange of the driver to cite a dress code for the passengers, because Skånetrafiken doesn't have one.

The driver was immediately suspended while awaiting investigation, and subsequently regretted his behaviour and stressed he would like to make a personal apology to Amanda Hansson. The driver was also slapped with a written warning and was required to undergo special training.

While Amanda reaped a lot of supportive commentaries on Skånetrafiken's Facebook page, many also suggested that her painful experience may have had something to do with the driver's ethnicity or religion, since Malmö is often touted as Sweden's most multicultural city. Even by conservative estimates, about half of its population of 330,000 are immigrants. Malmö is also home to a substantial Muslim diaspora, where high standards of modesty for women's clothing prevail.

“This is a behaviour that we will have to get used to. There are many who have only one (according to themselves) 'credible' guide through life, and it is a sci-fi book from the 600s written by a 40-year-old man from the desert,” a user noted.

Another one ventured that gender-segregated buses will be Sweden's future.

“If a woman in hijab had been rejected, [the driver] would have been kicked out head first and never gotten a new job anywhere. He would have also been hung out as Islamophobic far and wide,” another user noted.

Linus Eriksson denied these speculations, stressing that neither religious nor political motives were behind the incident. He called the use of such angles in the commentaries “sad”, while Skånetrafiken refused to comment on the driver's ethnicity.

Like its fellow Nordic nations, Sweden has seen a spell of blistering heat, with temperatures regularly exceeding 30 degrees Celsius.