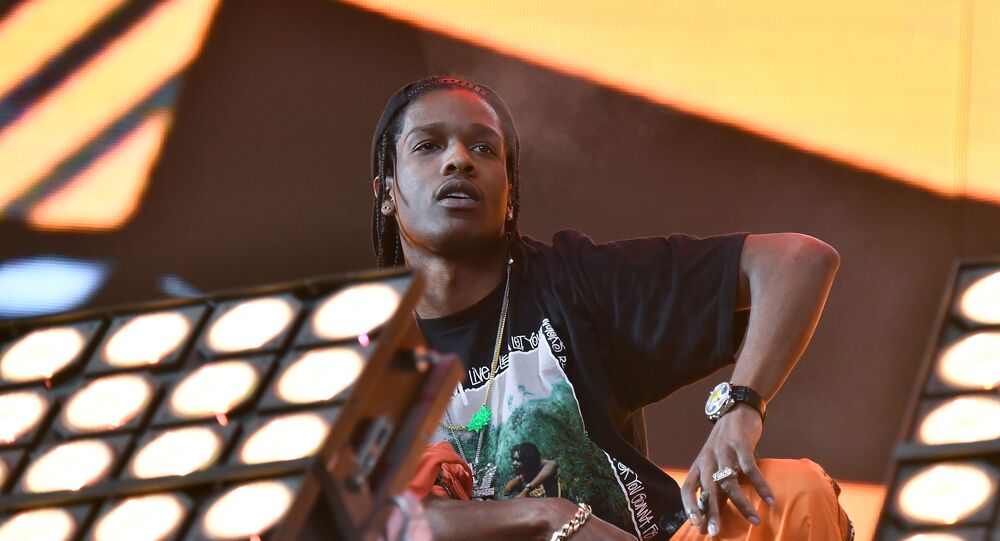 'Everyone Is Equal Before the Law': Swedish Govt Responds to Trump's Call to Free A$AP Rocky

Despite the US President's attempts to help A$AP Rocky get out of jail in Sweden, the country's government remains steadfast in its position on the rapper's case.

Donald Trump has already had a phone call with "the very talented Prime Minister of Sweden," Stefan Löfven, but failed to shake up the political system of the country enough to set the artist free, as the Swedish PM stressed that in Sweden everyone is equal in the eyes of the law and that the government cannot and will not influence prosecutors and courts.

However, such a claim didn't stop the US President from further actions of support for Rocky, as he later slammed the Swedish PM on Twitter, saying that he is "very disappointed" with Löfven for "being unable to act."

The Swedish government, in turn, didn't stand for the criticism and issued a new response to Trump’s latest tweets.

"Sweden and Prime Minister Stefan Lofven have been very clear in the dialogue with both the White House and directly with the American president, that in Sweden everyone is equal before the law and that the government cannot interfere in legal proceedings," the spokesman for the Swedish government said in a text message on Friday, as reported by Reuters.

A$AP Rocky, also known as Flacko, was arrested after his performance at the Smash hip-hop festival in Stockholm. The Harlem native and his crew were involved in a street brawl on 30 June. Mayers himself claimed he was stalked by "some drug addicts" while presenting video clips on his Instagram showing a heated exchange of words with a group of people of non-Swedish descent. A person from his entourage claimed they had been provoked and had "no choice but to defend themselves."