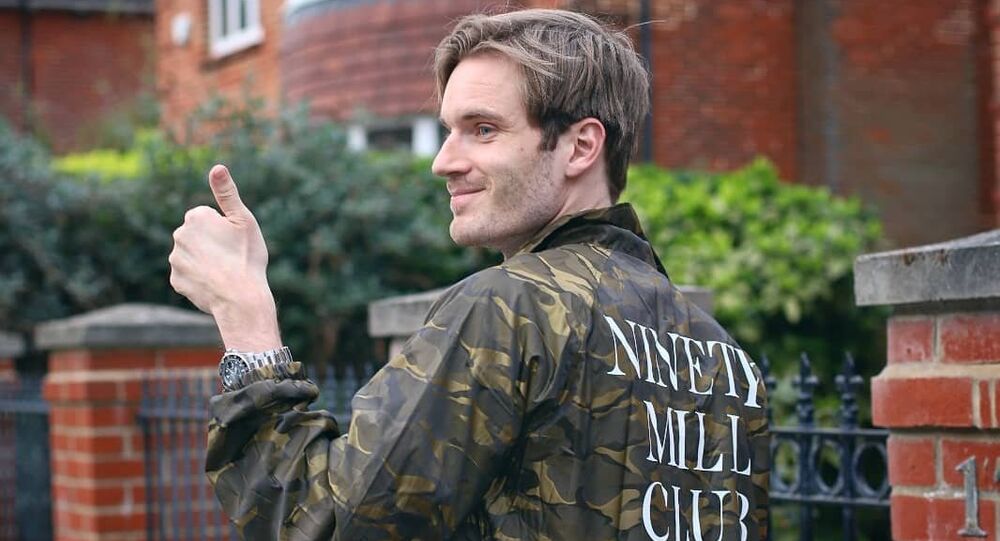 What seemingly began as a regular joke has grown into a meme hit with over 2 million Facebook users backing the raid on the secret US air force base in the Nevada desert, scheduled for the 20th of September. The proclaimed King of YouTube obviously could not pass up the daring plot and meme parade.

The man behind the most subscribed private YouTube channel, Swede Felix Kjellberg, better known as PewDiePie has acknowledged the announced raid to Area 51 “truly amazes” him. PewDiePie joined the ongoing craze over the daring plan-turned global joke in a special segment, dedicated to memes.

“It actually makes sense. If a million people show up, what they are gonna do?” the blogger lamented, commenting on the fact that over hundreds of thousands people had joined the pledge.

Like many netizens, who reported that they are interested on the Facebook page dedicated to the event, PewDiePie asked what “the US government might be sitting on there”, and shared some ideas that had earlier surfaced online.

He even jokingly noted that he is signing up himself, commenting on the suggestion that users’ incognito browser info might be stored at the classified US military base. He repeated his promise later in the video, noting that there was a Del Taco near the base. He also brought up a report from early July that September flights to Nevada had skyrocketed as well as a detailed plan of an attack on the base, drafted by one netizen.

He also posted a cryptographic tweet suggesting that the secret US military base might be the setting for his show, triggering a new wave of sardonic comments.

Scare pdp s2 in area51 lets get it

​The social media storm was prompted by a tongue-in-cheek Facebook group titled “Storm Area 51, They Can’t Stop All of Us”, created earlier this summer to build up a volunteer army and “see them [sic] aliens” at a legendary detachment of Edwards Air Force Base. Over 1.2 million people have signed up for the event, planned for 20 September, and another million indicated they are interested.

The territory is guarded by the US Air Force, which does not seem to be delighted by the surge in popularity of the satirical internet movement and has pledged to defend Area 51 from hordes of potential trespassers wishing to see little green men.