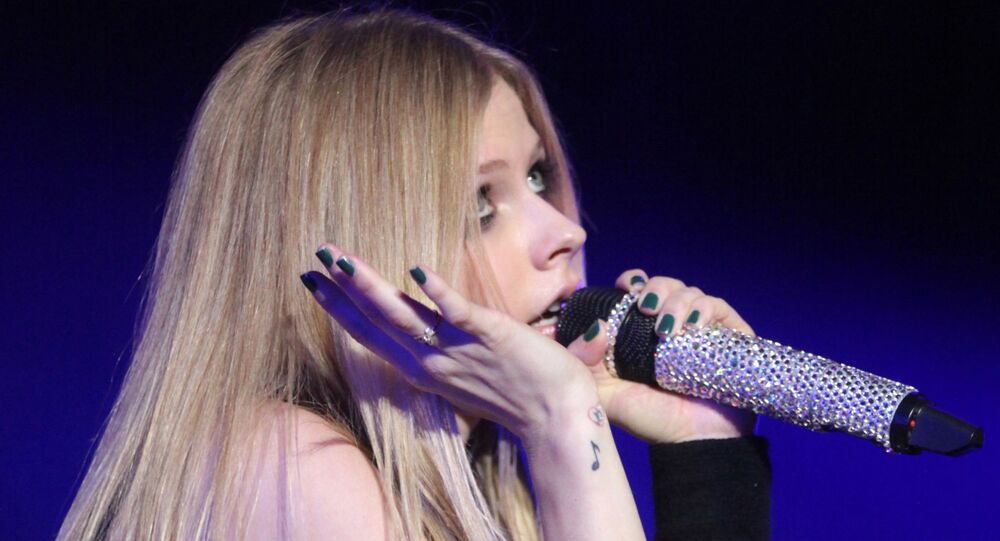 'You Need Jesus': Christian Fans Slam Avril Lavigne Over ‘I Fell In Love With the Devil’ Song

The talented Canadian star rocked the charts 15 years ago with hits like “Complicated”, “Sk8er Boi”, and “I’m With You”. Even though she still sticks to the theme of the dangers that a romance can bring, she has shifted from punk boys to a more ominous hero. Her change of heart has not been entirely well received.

Hit-maker and former emocore queen Avril Lavigne has triggered a wave of online criticism with her new album, declaring that she fell in love with Satan himself in her fourth single off it. In the song, rather straightforwardly titled "I Fell In Love With the Devil", the Canadian singer begs someone to send her an angel and save her “from this hell”, adding that “it's killing me".

Although the new tune seems more like a metaphor for a toxic relationship and attraction to an unworthy boyfriend, many commenters seemed to have interpreted it more as praise for the Evil One. After Avril Lavigne posted a picture of herself in a black cape with a crucifix in her hands, which looks like a tribute to her emo days, and the hashtag #IFellinLoveWiththeDevil, many condemned the singer.

“You need Jesus”, one netizen posted, while another weighed in with the counter-message “Hail Satan!”

A different commenter promised to pray for her salvation and pointed out that another single, “Head Above Water”, from the very same album sounded more like an attempt to reach out to God.

“God saved you and blessed you with another opportunity to choose. Now you have this crap? Man, what a shame. I’ve been a fan since you came out, this is a turnoff. Get your soul right with Jesus. Only one who can save you, yet you hold his cross and blaspheme his name?” the user lamented.

Some asked the singer whether she was mocking Jesus, pledging to unfollow her and asking “how can you fall in love with Devil when God created you with amazing talent”.

Others were seemingly puzzled by the photo in particular, noting that she could have taken a picture of herself without the cross “to be respectful of your fans that are religious and that consider it to be a very sacred symbol in their community”.