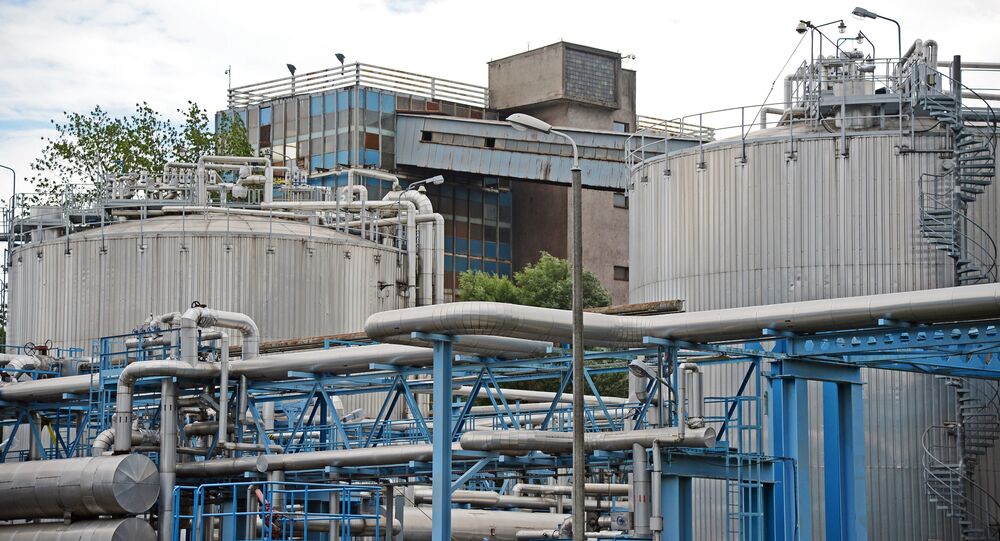 On Tuesday, the US Department of Energy (DOE) published a press release announcing its authorization of increased exports of liquified natural gas. However, the government department raised eyebrows with its use of peculiar terminology, namely its reference to natural gas as “freedom gas” and “molecules of US freedom.”

"Increasing export capacity from the Freeport LNG project is critical to spreading freedom gas throughout the world by giving America's allies a diverse and affordable source of clean energy. Further, more exports of US LNG to the world means more US jobs and more domestic economic growth and cleaner air here at home and around the globe," US Under Secretary of Energy Mark W. Menezes is quoted as saying during the Tenth Clean Energy Ministerial conference in Vancouver, Canada, Tuesday, in the release.

​The press release announced the expansion of the Freeport LNG (liquified natural gas) Terminal on Quintana Island, Texas, a project that it claims will create jobs and double the facility's export volumes.

At another point during the conference, the DOE's Assistant Secretary for Fossil Energy Steven Winberg referred to natural gas as "molecules of US freedom."

"I am pleased that the Department of Energy is doing what it can to promote an efficient regulatory system that allows for molecules of US freedom to be exported to the world," Winberg is quoted as saying in the press release.

Twitter users were quick to poke fun at the DOE's unusual wording.

​"And I guess DOE is going to start referring to venting and flaring as ‘excess of freedom' now?" one user wrote.

​"Seems apt — they've already demonstrated that freedom is a finite resource," another commented.

China May Regulate Energy Imports from US Amid Trade Row