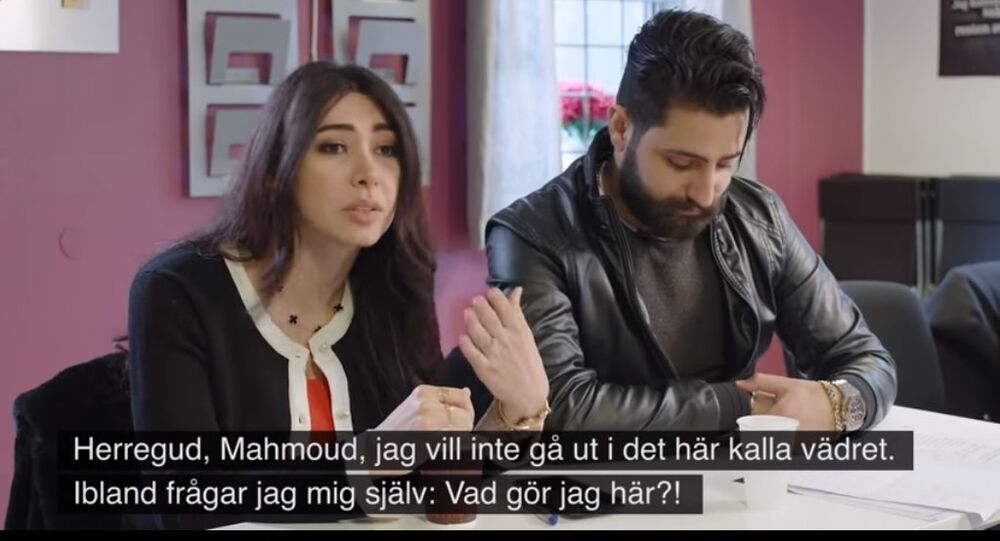 The ad features an apparently Muslim immigrant couple complaining about the weather in the Scandinavian country and using a derogatory racial epithet for "Swedes".

The Swedish Transport Administration has launched an information campaign in Arabic about the process of getting a driver's license in Sweden.

The campaign is called "Yalla Driver's License" using the Arabic expression Yalla usually translated as "come on" or "hurry up" and features star blogger and influencer Mahmoud Bitar with over 1.5 million followers on social media and Tahani Abood, a programme host at Alkompis which is Sweden's largest news channel for Arabic speakers.

"In Sweden, Arabic is now the largest language after Swedish and at the Swedish Transport Administration about 20 percent of all knowledge tests are written in Arabic. At the same time, the proportion of approved tests is considerably lower than in Swedish. We want to change this by reaching out to the target group about what is required to be a safe driver", Kristina Hagberg of the Swedish Transport Administration said.

In the series of ads, Tahanny and Mahmoud discuss what it takes to get a driver's license in Sweden.

"Gosh, Mahmoud, I cannot stand going out in this cold weather. Sometimes I ask myself, what am I doing here at all?", the female protagonist wonders.

Later, the couple learns that you can pass the driver's test in their native Arabic using an interpreter.

The sequence runs almost entirely in Arabic, yet features Swedish subtitles. The choice of language coupled with the use of a racial epithet for "Swedes" many perceive as derogatory has sparked outrage among the Swedish public.

"Hello, Transport Agency! How do you think this anti-Swedish movie will somehow benefit the integration?" a user asked.

​"In the tax-financed ad series, Swedes are called what many perceive as a slur", blogger and journalist Jan Sjunnesson pointed out.

​"Distasteful. But the campaign must be closely linked to the fact that we have had a spike in fatal traffic accidents in traffic in recent years. Yalla-people are driving without a driver's license", another user noted.

On YouTube, the videos sparked a mixed reaction. While some praised Tahanny and Mahmoud for their performance and hailed the Transport Agency's accommodating approach, others slammed the very idea of running the entire film in Arabic.

In 2018, Arabic was estimated to have surpassed Finnish as Sweden's second-largest native language, as speakers of Arabic swelled into the Scandinavian country amid the European migrant crisis. In 2015 alone, Sweden took in 163,000 asylum seekers, most of them from Arabic-speaking Muslim countries.