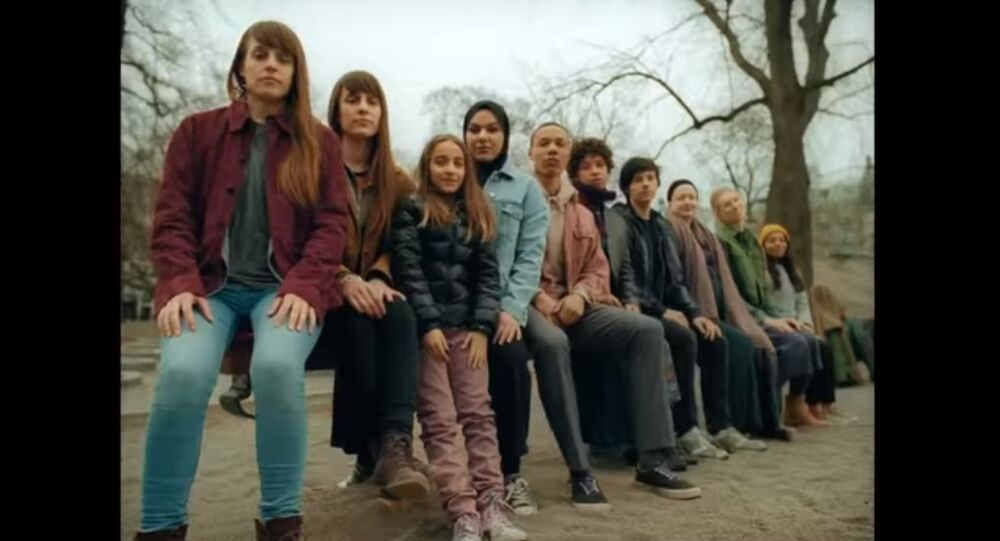 "Come as You Are", a new recruitment campaign by the Swedish Armed Forces aimed at boosting diversity and targeting feminists, immigrants and veiled Muslim women, has become the butt of many jokes.

The Swedish Armed Forces have launched a new recruitment campaign billed to "challenge the image of those who fit in".

"You who think you don't fit in. Come. You who believe in everyone's equal value. Come. You who are feminist, realist, optimist, who were born in another country. Come", the narrator declares.

The campaign poster features a woman in uniform sporting a feminist earring. "Welcome to an inclusive workplace where we see each other's differences as a strength", the Swedish Armed Forces explain.

​The campaign, which is the latest in a line of increasingly politically correct enterprises including pro-LGBT campaigns and Pride parades, has caused strong reactions.

"I feel more insecure than ever after watching this video", a user commented on Youtube.

"Who defends Sweden from the Swedish Armed Forces?" another one smirked.

"Don't come if you are a man. Swedish Defence 2019", yet another user grinned.

On Twitter, critical reactions abounded as well. While some pointed out that the motto reminds them of Nirvana's 1991 hit, others went on to mercilessly mock the Swedish defence.

"Hi. I would like to become an underwater commando but I wonder how it will be with my blind dog and walker?" a user joked.

"I have a clinical fear of mattresses and I have breathing troubles when I get into conflicts, especially with exotic fruits nearby. I am also a very trigger-happy person, but not so good at aiming and can be a big danger with weapons in hand. May I join?" another user laughed.

Others went on to mock the perennial enemy picture pained by the Swedish media and army bosses.

"Yeah, Putin will be trembling with fear", a user joked.

"That is the defence's new secret strategy. Should the Russians decide to strike and begin to invade, when the Russian Spetsnaz views this motley crowd, then the enemy stops in fear and turns home", another one mocked the "Russian threat" trumped up by the Swedish defence.

The Swedish Armed Forces number about 20,000 active personnel. After briefly toying with a volunteer-based army, they resumed conscription.

Although Sweden has not participated in an officially declared war since the 1814 Swedish-Norwegian War and has maintained a policy of neutrality and non-alignment, Swedish aircraft took part in the NATO-led military intervention in Libya in 2011.