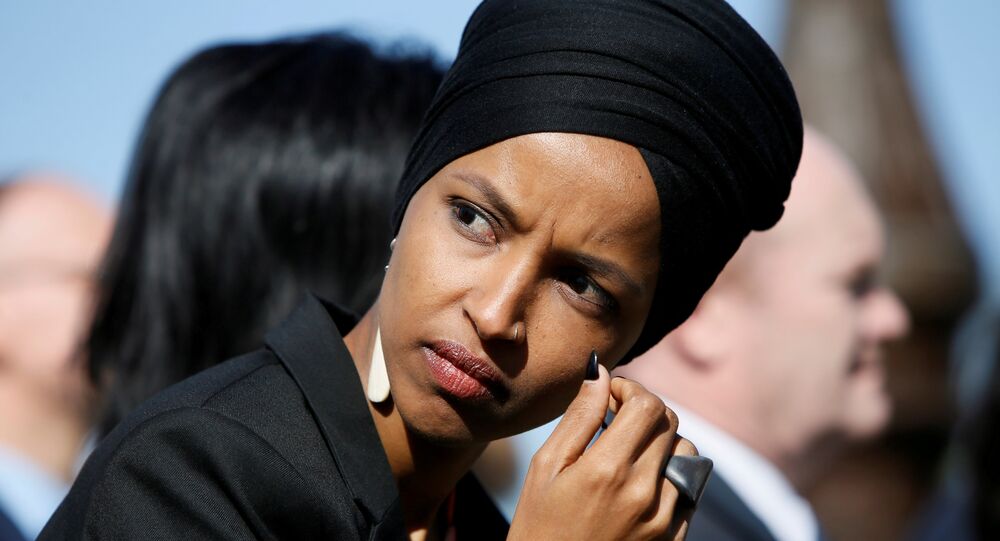 While the historicity of Jesus Christ still remains a matter of debate, many of those who believe he existed concede that he is unlikely to have looked like a white bearded male, as he is often portrayed in Western tradition. His Jewish origin, however, is disputed less often that his possible appearance.

The Democratic Rep., who supports the pro-Palestine BDS movement and has vocally criticised the Israeli lobby in the US, retweeted a 20 April post by American Muslim civil rights activist Omar Suleiman.

Meanwhile, a 19 April piece in the New York Times, which focused on the visualisation of Jesus in different cultures, suggested that "Jesus, born in Bethlehem, was most likely a Palestinian man with dark skin."

These claims provoked the ire of those who agree with the mainstream assumption that Jesus Christ, if he was a real historical figure, was Jewish.

Specifically, Rabbi Abraham Cooper of the LA-based Simon Wisental Centre, a Jewish human rights organisation, argued that it's a "grotesque insult to Jesus, born in the land of Israel and to Christianity" to say that he was a Palestinian.

"Palestine was a name made up by Romans after they crucified thousands, destroyed the Holy Temple in Jerusalem and exiled the People of Israel from their homeland," Cooper told the Jewish Journal.

A number of social media users have likewise recalled the Biblical account, which states that Jesus was born to a Jewish woman in the town of Bethlehem.

"No, Ilhan Omar, Jesus was not a 'Palestinian'," wrote Michael Dickson, director of education pro-Israel organisation StandWithUs, "he was a Jew born in Israel under Roman occupation and your need to misrepresent history and misappropriate his background to further a political cause says more about you than it does about anything else."

Conservative commentator Allie Beth Stuckey said: "People who call Jesus a 'Palestinian,' despite the fact that the geographical region of Palestine didn't exist until years after his death, are simply projecting modern-day intersectionality onto him in order to make their ‘wokeness' seem biblical. This is idolatry."

Jesus was not a Palestinian. Jesus was an Israelite, from the tribe of Judah, who was God in the flesh, born in Bethlehem, lives in Nazareth, in the land of JUDEA!

Sorry buddy, Jesus was a Jewish Rabbi from Bethlehem…