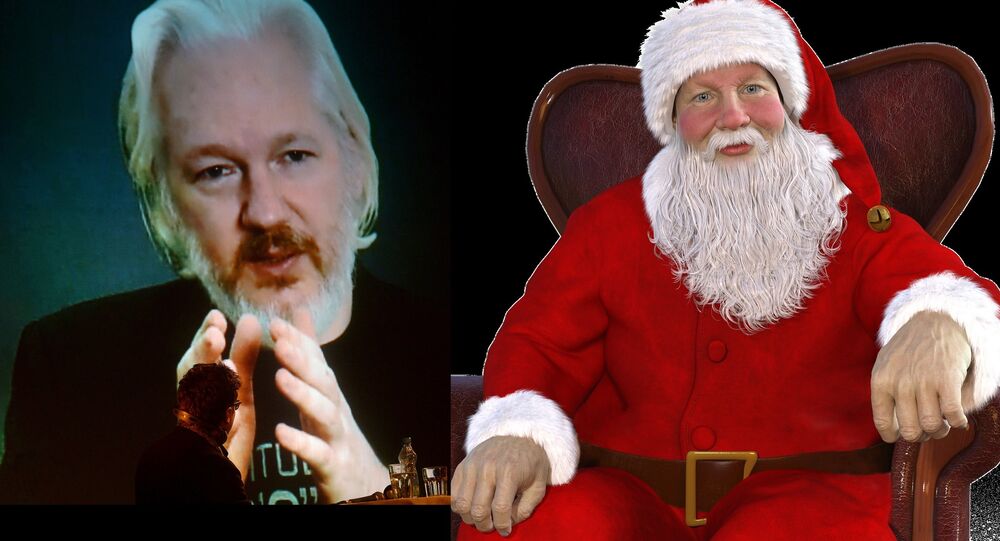 Footage of the WikiLeaks' founder being dragged out of the Ecuadorian embassy in London by authorities has spread on social media like wildfire, inspiring users to post memes humouring Julian Assange's looks.

The video of the arrest shows Julian Assange sporting a long white beard, forcefully led down the steps outside the building, with police officers waiting to pick him up and take him away from what has been his place of refuge for the past seven years.

During his stay at the embassy, Assange has been reported to suffer from health complications due to being confined indoors for many years without the possibility of leave the building in central London for fear of being arrested and extradited to the United States.

Social media users didn't fail to notice Assange's frail and scruffy look as he was arrested by the police on Thursday.

Does this Assange meme work? pic.twitter.com/Bjx1ARQUei

Julian Assange getting dragged out the embassy has created a top tier meme template pic.twitter.com/dOEtXSXQPQ

Arsenal at home vs Arsenal away pic.twitter.com/sQriFpr522

Some users suggested Assange looked like a character from the Mary Poppins film, while others likened him to the US presenter David Letterman.

Julian Assange appears to have turned into the old banker from Mary Poppins. pic.twitter.com/Z0mKLjPEj3

Uncle Albert trending because of Julian Assange's beard is pure 2011 Twitter. A welcome return for it. pic.twitter.com/OtQcHcvIbH

Julian Assange has gone full Monty Burns with that beard. Being bundled into that van to be taken to the Spruce Moose. Hop in! But sir I- I said, hop. In. #Assange pic.twitter.com/LnEK4p0zzi

The whistleblower was also compared by users to a children's book character and Santa Claus.

Can't be the only one thinking that Julian Assange now looks like the character Big Ears, from Noddy. pic.twitter.com/GnrmAMQPie

Following Assange's arrest earlier on Thursday, the UK police confirmed that it had been made "on behalf of the United States authorities." Ecuador had withdrawn asylum it had earlier granted to Assange, as well revoking his citizenship.