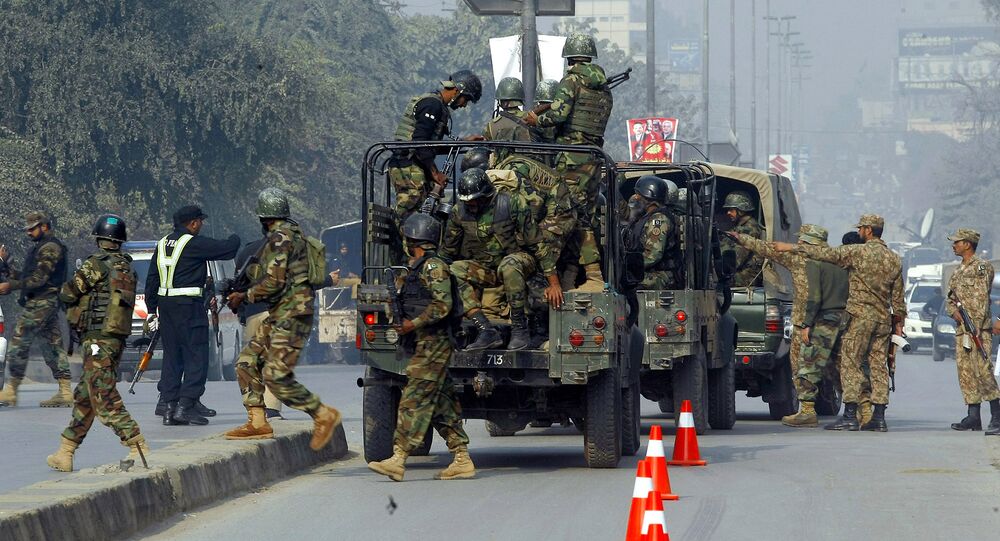 The Twitterverse was hit with a flood of tweets featuring photos of the Pakistani military just moments after it had reportedly downed two Indian fighter jets which had entered Pakistani airspace by crossing the Line of Control in the disputed territory of Kashmir.

The hashtag Pakistan Zindabad loosely translates to "Long Live Pakistan" and refers to the victory of the Pakistani military over Indian defence forces. "Don't mess with us", one user chided to the Indian military, complete with pictures of weapons and military paraphernalia.

Pakistan's military said that the airstrikes against Indian fighter jets were to show readiness for self-defence, just one day after the Indian Air Force conducted an airstrike against a military camp allegedly run by Jaish-e-Mohammad, the terror cell blamed for suicide attacks a paramilitary convoy in Indian-controlled Kashmir on 14 Februrary.

Some users posted an alleged video of the Indian fighter pilot as he was captured, with others praising the Pakistani soldier responsible for shooting down his plane.

Two Indian pilots had been captured after their planes were shot down by Pakistan following tensions over the Indian airstrikes. After the skirmishes, some users called for dialogue, in addition to highlighting the calm response from Pakistani prime minister Imran Khan.

"With nuclear weapons, Can we afford miscalculations in war", user Shama Junejo tweeted. "A brilliant speech by Prime Minister Imran Khan who has invited India once more for negotiations."

PM Khan said on Wednesday that his country should "sit down and talk" to resolve the dispute with India, adding that Pakistan did not take earlier actions because the country "wanted a justified response" before downing the two Indian MiGs. But according to the Indian Foreign Ministry, a Pakistani jet was also shot down in the incident, in addition to one Indian Mig-21.

India Closes Northern Airspace Amid Escalation of Tensions With Pakistan