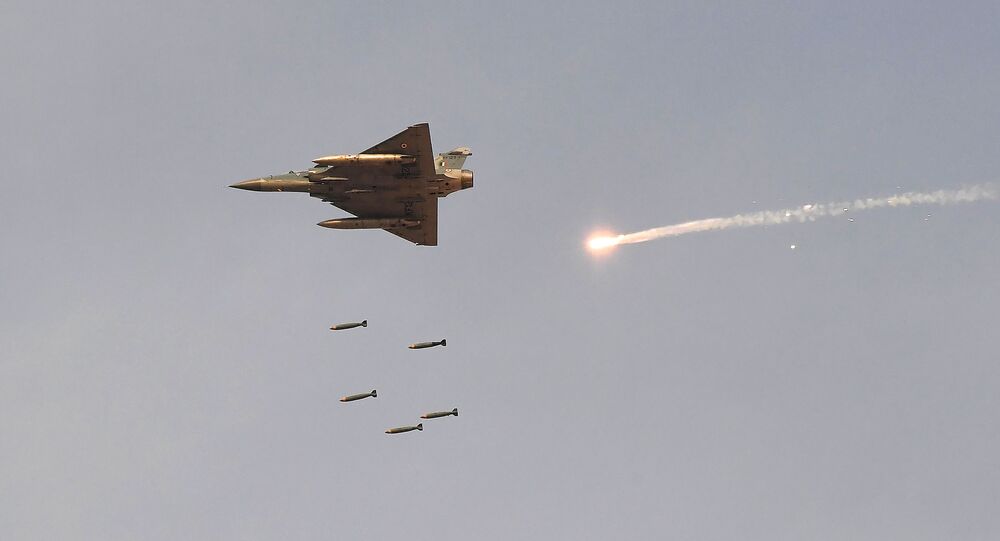 On Tuesday, India carried out an airstrike on the Pakistani-controlled part of Kashmir, reportedly targeting a camp of the Jaish-e-Mohammad (JeM) terrorist group. The organisation earlier claimed responsibility for the deadly attack against an Indian security convoy in Kashmir on February 14.

Mirage warplanes of the Indian Air Force (IAF) used Israeli-made “Spice 200” missiles during the recent airstrike on a terrorist camp in neighbouring Pakistan, Indian security sources were quoted by news outlets as saying on Wednesday.

The sources claimed that each missile weighs 1,000 kilograms, is fitted with pre-fed GPS coordinates, and is also equipped with anti-jamming and anti-deflection technologies.

The missiles were used as Islamabad accused New Delhi of violating its airspace on Tuesday, when Indian warplanes bombed a Jaish-e-Mohammad camp. The organisation earlier claimed responsibility for the deadly attack against an Indian military convoy in the state of Jammu and Kashmir in February.

India's Ministry of External Affairs called the Tuesday air raid as a “non-military” and pre-emptive move, adding that the Indian Air Force had ensured there were no civilian casualties in the strike.

The Pakistani National Security Council, in turn, reportedly rejected New Delhi’s claims that the airstrike targeted terrorists and was allegedly conducted due to Islamabad’s “inability to take action to destroy terrorist infrastructure”.

Relations between New Delhi and Islamabad worsened after 14 February, when a car carrying over 100 pounds of explosives was detonated on the Jammu-Srinagar highway next to a security convoy, killing 45 Indian paramilitary officers. This was the biggest terrorist attack in India since 2008, when a terrorist attack in Mumbai killed over 150 people. India has named Maulana Masood Azhar, the leader of the Jaish-e-Mohammed terror group residing in Pakistan, as the person responsible for ordering the attack.