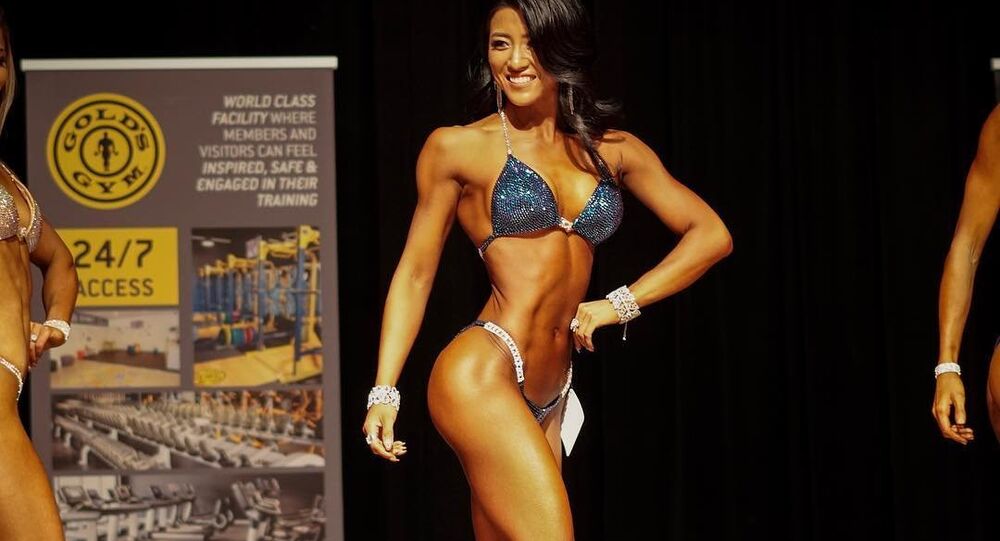 The video, which sparked controversy both online and among internet law enforcement groups, shows her walking with confidence in a sexy two-piece, and posing in a way typical of bodybuilders, as Ms Zhang put it.

Lara Zhang, a China-born female bodybuilder currently living in Australia, has been lambasted for promoting pornography online by Chinese web police after she flaunted her angles on social media, Supchina reported.

Police claimed Ms Zhang violated the Public Security Administration Punishments Law in China and she “is using the internet to publish and spread pornographic and obscene information,” adding she may face legal action.

The bodybuilder herself referred to the short clip, which she said dates back to June 2017, as part of her weekly arrangement with her coach to report her progress online, including on Chinese social media platform Weibo.

I placed 3nd in IFBB NATIONAL CHAMPIONSHIP OPEN TALL. I missed the chance to compete for IFBB ELITE PRO card in South Pacific/Oceania next weekend. But you know what? I’m really happy with what I’ve achieved and improved in a year. This journey has just began, I will Be continue to improve and evolve till my dream has come true. Thank you again my coach/mentor @ifbbjudgedre Amazing tan as always. Lucky I had your support at all times backstage @protanaustraliaofficial1 My makeup was perfectly on point again. Thank you @azeliamakeupartist.sydney I had a few fans came to watch me as well on the day but I missed the chance to take photos, but thank you so much for coming and support. I can’t wait to do it again! #lara368 #lara殿 #teamdre #fitnessmotivation #ifbb #ifbbbikini #ifbbaustralia #bikinicompetitor

In the 23-second video, a smiling Ms Zhang is seen striding in a living room in a green bikini, wearing heels, thereby making her muscles even more visible.

While the police have only now reacted to the video, threatening to take the issue to court, months after its publication, Zhang’s online subscribers earlier expressed their criticism over the “vulgarity” of her content.

Having heard the accusations, Ms Zhang responded on Weibo, insisting she was just demonstrating her regular bodybuilding poses, going on to say she is determined to protect her rights in a court of law, winning the support of many internet users outraged by the police’s “ridiculous” stance.

According to Chinese news outlet btime.com, the Maoming web police have retracted their comment and apologised to the woman following the backlash.

Ms Zhang is a bikini bodybuilding competitor and has attended competitions organised by the respective governing body, the International Federation of Bodybuilding and Fitness (IFBF).

Chinese authorities have been clamping down on what they view as “inappropriate” trends on social media platforms, with a string of new regulations being introduced in central China last month stipulating a new dress code for live hostesses. In particular, they are now banned from wearing lingerie and revealing uniforms, including see-through, nude and tight-fitting garments.