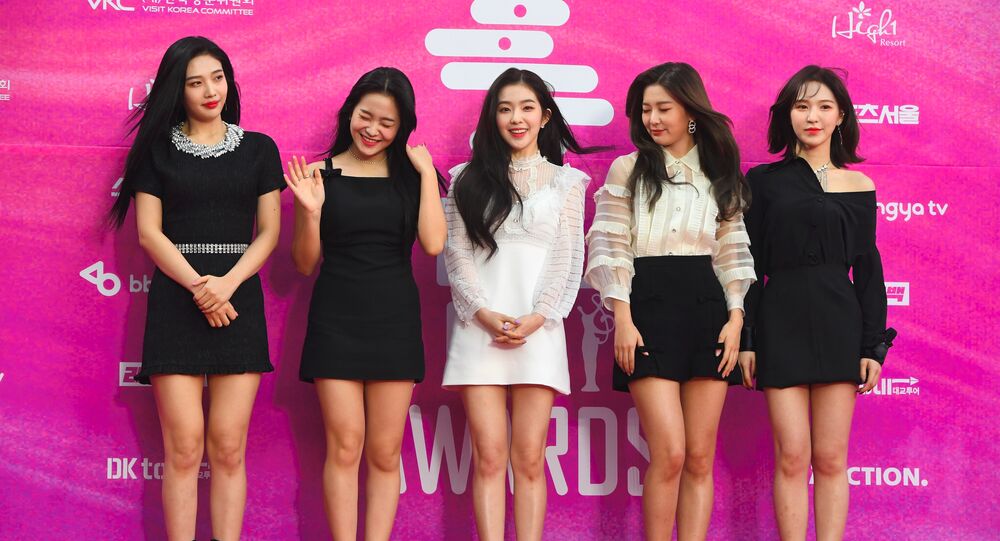 South Korean pop band Red Velvet performed a concert along with 10 other music groups from the country in North Korea’s capital last April, marking an unprecedented thaw in relations between Seoul and Pyongyang.

On Thursday’s episode of SBS’s “We Will Channel You”, Bae Joo-hyun, known as Irene, a member of the South Korean girl band Red Velvet, revealed some details about the historic concert in North Korea last year and a viral photo, in which she’s standing next to Kim Jong-un.

Talking to the host of the show, Kang Ho-dong, Irene denied speculation that Kim was her fan and was aware of her popularity at home. The rumours emerged after the North Korean leader was pictured standing next to her in a group photo.

“After we performed, they asked us to gather and he came over. We got to take a photo and because it was sudden, everyone quickly got in position for the photo. The photo was taken and that was how it came out. You don’t know really where you’re standing when you’re taking a photo. After you take the photo, you realise that’s where you were standing”.

The host seemed to be frustrated by the answer and came up with a follow-up question, wondering if she was pushed towards Kim.

“Even after we took the photo, we couldn’t see it since we couldn’t access the internet. I found out after I returned to Seoul”, she said, bursting into laughter.

Social media erupted over the interview, with one user praising Irene for not being afraid to stand next to the North Korean leader:

Queen of not being afraid by standing beside rocket man

Another Twitterian, probably unaware that Kim Jong-un is already married, noted that the two looked “cute” together:

I think she should marry Kim Jong Un. They look cute together.

…while another user argued that the reason was pretty clear:

Lol who doesn't want a chance to stand with Irene. Kim Jong Un we feel ya 😂😂😂

One fan couldn’t stop hailing Irene as a peace-maker:

I mean we all know Goddess Irene can stop war and bring peace #REDVELVET @rvsmtown pic.twitter.com/CU9ckuMM6d

The five-strong female group from South Korea, Red Velvet, took part in a rare concert in Pyongyang in April 2018. The performance was attended by Kim Jong-un, his wife Ri Sol-ju, sister Kim Yo-jong, and a number of senior officials as relations between the two Koreas experienced a sudden thaw following the Pyeongchang Winter Olympics.

North Korea’s state news agency KCNA then reported that Kim Jong-un was “deeply moved to see our people sincerely acclaiming the performance, deepening the understanding of the popular art of the Southern side”.