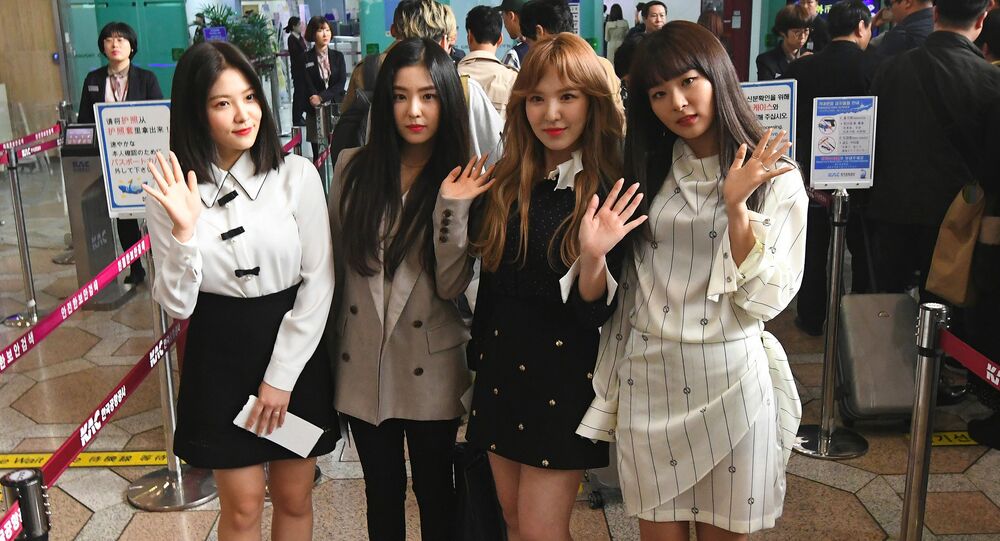 South Korean popular girl band Red Velvet’s arrival in North Korea for two concerts has highlighted the sudden thaw in relations between the two Koreas after years of tension.

K-pop stars are set to perform at a concert along with 10 other music groups from South Korea in Pyongyang on April 1 – a month ahead of a much-anticipated inter-Korean summit. The performances may be regarded as part of the diplomatic efforts taken to improve relations between the South and the North, following the historic “reunification” during the Pyeongchang Winter Olympics.

“The whole purpose of cultural exchange is to open the gates for better relations between the North and the South, which have been strained for a decade. There is a strong political motive to boost the mood ahead of the summit,” explained Kang Dong-wan, a professor at Dong-a University in Busan, South Korea, as cited by Bloomberg.

The first concert by the South Korean artists will be followed by a joint show with North Korean musicians at Pyongyang’s 12,000-seat Ryugyong Jong Ju Yong Gymnasium on April 3. The theme of the joint concert, “Spring is Coming,” was chosen for a good reason:

“Spring literally has arrived and it also presents our wishes for spring to come over our relationship between the North and the South,” Hwang Seong-un, a spokesman for South Korea’s culture ministry said at a briefing in Seoul on March 27.

As many as 160 K-pop musicians could take part in the concerts; such top musicians as Cho Yong Pil, the five-strong Red Velvet female band (except for one of its members, Joy, who didn’t join her bandmates due to scheduling conflicts with the drama she’s currently starring in and was harshly slammed on social media for her being absent) and the solo singer Seohuyn will perform for their North Korean neighbors.

The heads of South and North Korea have recently agreed upon a date for next month’s talks, setting the landmark summit for April 27, meeting for the first time since 2007. The negotiations are expected to be followed by talks between Kim Jong-un and US President Donald Trump, set to occur by the end of May.

S. Korea-US Trade Deal About ‘Expanding Access’ for US Companies in World