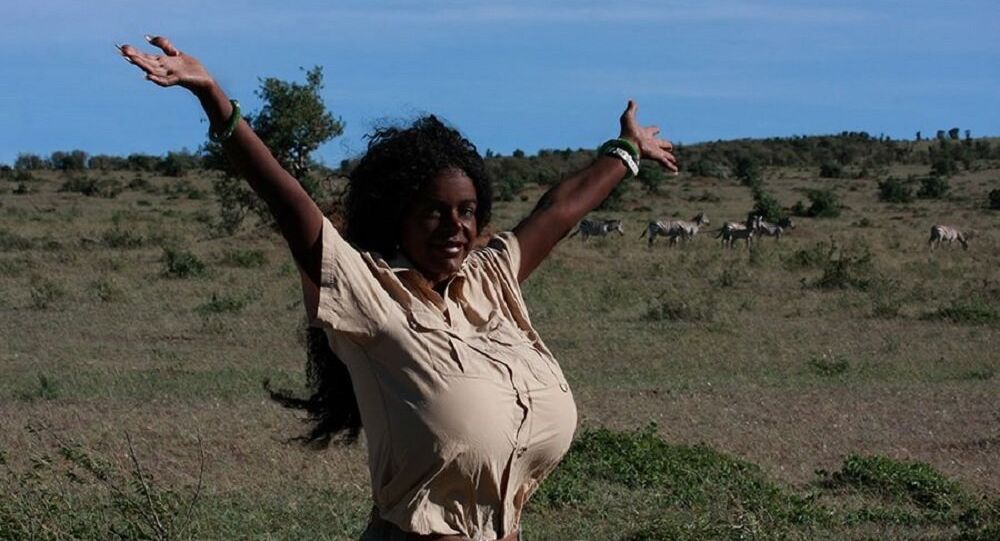 A model, born white, has undergone melanin injections and breast enhancement to look more African and curvy. The woman, who has spent some time in Kenya to learn more about tribal culture and was even given a Swahili name, is ready to go further in her effort to change her race.

German model Martina Big, who has had melanin injections to make her skin tone darker and look more African, has claimed that she’s changed her race. Moreover, the woman told the co-hosts of the show This Morning that she and her white husband Michael’s future children would be born black, citing some doctors.

"My children will be black. We are not having plans, but I am discussing with my doctor to see if my body is okay, will I be able to breastfeed, what the baby will look like”, she said on-air puzzling her interviewers.

While one of them cautiously voiced doubts how it was possible genetically, Martina Big elaborated that she was pretty sure that her baby from her partner, who has also had melanin injections, “will be black or milk chocolate or a little bit light”. She has not stopped at claiming that her treatment would influence her baby’s skin tone.

"The skin is getting darker and my growing hair is changing and getting curly and more dark”, she shared. Even my eyebrows now are getting dark and my eye colour has changed", she insisted.

Although the woman fought back any allegations that she cannot talk about being black saying that “a lot of Afro-Americans don't know about African culture”, netizens lambasted her for “racist behaviour”.

@thismorning why was #MartinaBig not called out on her racist behaviour?

The woman has darkened her skin, identifies as a black woman, and even got baptised as a REAL AFRICAN WOMAN *and even claims tanning injections will make her unborn babies black! Huh? pic.twitter.com/3aImLUBrsI

She is not black, and never will be black, stop giving her airtime. #martinabig #ThisMorning pic.twitter.com/0YNVd8LwQ1

Hi @thismorning why was #martinabig not directly called out on her racist behaviour during her interview with Holly&John today? The woman has darkened her white skin and identifies as a black woman yet I saw no attempt to tell her directly and ruthlessly how offensive she is.

How offensive!! You can't change race. It is your history and it is in your DNA! #MartinaBig #ThisMorning Is she for real!!

#martinabig infuriates me. As a white woman, she’s had more privilege in her years as a white woman than any black woman will ever get in their lifetime.

The most racist thing I've ever seen on #ThisMorning. I'm in pain from laughing, it's so awful. That voice too, OMG! What's happening to the world? It's going crazy! 😄 #MartinaBig

​Others just were left clueless over her “delusions”.

Too think she actually thinks she will have a black child is really deluded.. You're not black luv.. get over it!! #ThisMorning #martinabig

​The 29-year-old Trier-born model went through several melanin injections over the last two years to darken her skin, is now seeking further transformations, The Daily Mail reported.  Facial surgery is yet another step after the woman has already splashed over 50,000 pounds to have her breasts enlarged to an overwhelming 70S cup size (UK 32S), the biggest in Europe. Martina Big, who also wears traditional African attire and has even started learning Swahili, now wants to have surgeries on her nose, lips, and butt.