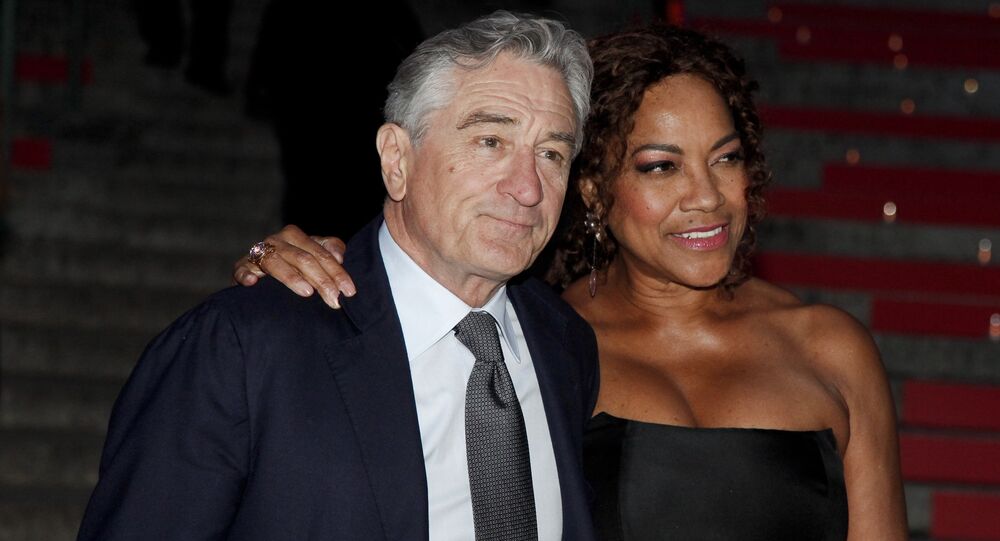 Netizens instantly engaged in wild discussions after reports emerged that the star couple have called it quits, with posts on the subject running rampant on Twitter.

Actor Robert De Niro, 75, and his second wife Grace Hightower, have split up after a 21-year on and off relationship and having given birth to two kids, 20 year-old Elliot and six-year-old Helen Grace, Page Six, The Hollywood Reporter, celebrity website TMZ and People magazine all wrote, quoting anonymous sources. The pair have reportedly lived separately for some time.

"Sometimes things don't work out the way you hope or want them to," People cites a source close to the family as saying.

This is not their first break-up, as they previously filed for divorce in 1999 but renewed their wedding vows five years later.

Over the past several years, the Oscar-winning star of such top-grossing films as The Godfather Part II, Raging Bull, Taxi Driver, Cape Fear, and Casino has kept his private life rather low-profile in a bid to escape the spotlight.

This is perhaps the reason why the news centering around the famed actor, which is a rare thing to happen, instantly started trending on Twitter, with many users appearing relieved to hear that reports are on nothing other than a split-up.

“When you see Robert De Niro trending thinking the worst, but find out it's only cause he and his wife are getting a divorce,” one gasped out, accompanying the post with a hilarious meme.

When you see Robert De Niro trending thinking the worst, but find out it's only cause he and his wife are getting a divorce. pic.twitter.com/XJJlnRXcM1

Another remarked that these are merely reports:

Just to let all the girls know,Robert de Niro’s waiting for you 🎼

Many reposted top trending rumours that their split-up is politically motivated since former waitress Hightower was a 'MAGA Trump fan,' making De Niro, who has been an outspoken critic of President Trump, 'go into panic, near heart attack modes, lose sleep':

Ahhh. So he wanted his wife to vote like he votes. Where’s the outcry from Hillary and Michelle?

Many indeed brought up the political dimension, recalling last month's news that the Hollywood star was among the Democrats to receive a suspicious bomb package, which was ultimately removed by a bomb squad unit. After the incident De Niro urged everyone to go and vote in the midterms, saying this is more 'important than bombs'.

“No wonder he is such an angry white old man he has a super smart beautiful wife that is leaving him,” one netizen wrote, with another noting it is not only laughable, but 'scary' that a Trump supporter is married to De Niro:

Wow. Someone supporting Trump is married to DeNiro? Thats hilarious. 😆😁😂🤣🤣 well, and scary at the same time. pic.twitter.com/R920oz7XGF

Another user, although acknowledging it might be not true, still expressed 'hope' that it actually is:

I don't know if this is true, but I kinda hope it is.

Another went still further employing the powers of imagination to picture 'the red faced cursing':

This is so so funny i can see him doing this for real red faced cursing throwing shit i wish there was video.hell yea 🐍

'I hope it’s true, he’s a real a**,' one remarked, with another commenter assuming he is 'off his rocker and on his way to full blown dementia'.

Good for her! The guy is off his rocker! He's on his way to full blown dementia. She needs to get out while she can! pic.twitter.com/F6XxNMERct

Well that explains why everyone's looking at him

One chimed in claiming De Niro has always been known for his love for 'black women':

There's something wrong with DeNiro. He always marries black women. He even told Romney's wife in 2012 that America was not ready for a white FLOTUS. He either hates white people or he's just lost his mind

“No. She found out he was in fact accused of being a Pedo,” another suggested as a possible reason for the alleged separation.

De Niro and Hightower met in 1997 in London and shortly afterward got married, nearly ten years after De Niro divorced his first wife, actress Diahnne Abbott, who De Niro has two kids with. He is also the father to two children by model Toukie Smith, who he dated between the two marriages.