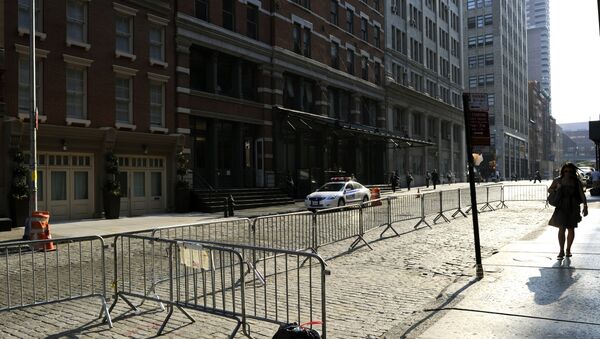 A package with a suspicious device has been found at the building owned by actor Robert De Niro in the Tribeca area of New York, NBC reported, citing sources.

The NYPD's special bomb squad has removed the suspicious package, according to the latest reports.

We are responding to reports of a suspicious package in the vicinity of Greenwich and Franklin streets in Tribeca, Manhattan. Please avoid the area and expect a police presence and heavy traffic. More information to follow. pic.twitter.com/foiMSJ0VNG

Over the last three days, US law enforcement officials have intercepted suspicious packages sent to several high-profile US officials.

The report comes only two days after Capitol Hill police handling security for the US Congress intercepted a suspicious package that had been sent to Congresswoman Maxine Waters following reports of suspected explosive devices sent to Barack Obama, Hillary Clinton, CNN and others.