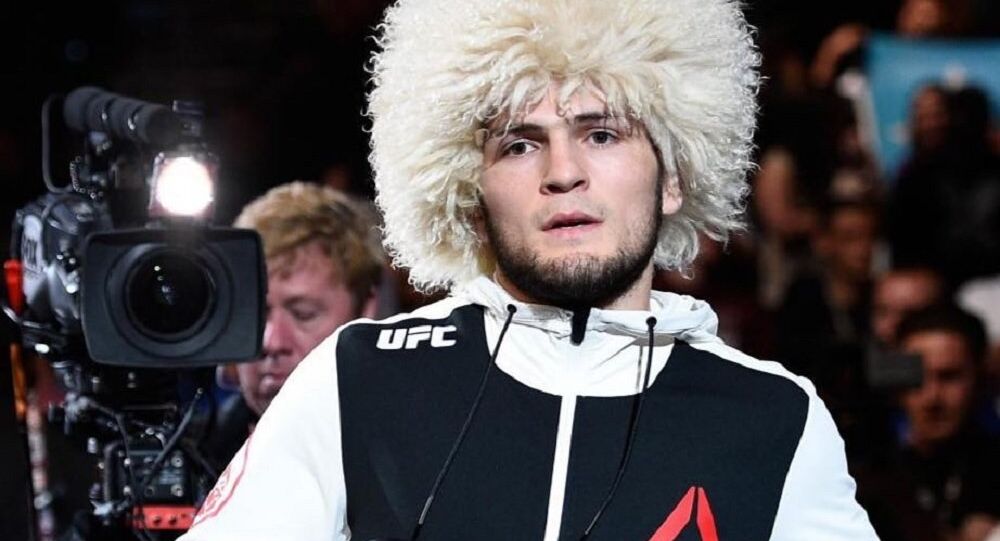 Anticipation is building about whom undefeated 27-0 Russian UFC champ Khabib Nurmagomedov will take on next, with UFC President Dana White adding fuel to the fire by telling would-be contender and US boxing legend Floyd Mayweather that he would have to fight Khabib under UFC rules.

Speaking to TMZ Sports on Tuesday, White said that if undefeated US boxing legend Mayweather wants to fight Khabib, he'd have to sign with the UFC and fight in the octagon.

"Listen, if Mayweather wants to fight, come fight. You fight in the UFC. We're not boxing him. We did that once. That's over. You wanna fight? You come fight…a real fight" the UFC boss said.

White's comments, combined with the slew of rumors swirling around a possible Nurmagomedov-Mayweather fight after Khabib called Floyd out with his "in the jungle, there can be only one king" remark, sparked renewed speculation on social media on whether the undefeated boxer would take the challenge.

Most users think 'Money' would be crushed if he agreed.

Why would he come to the UFC and take a huge pay cut just to get obliterated?

Floyd would be ragdolled

Lolol he’ll get killed in a UFC match!!

Will NEVER happen. Mayweather would have no chance AT ALL. Zero.

Thats never happening. Floyd would lose his unbeaten fight record if he stepped into the octagon and he knows it. Floyd is also the bigger star and attraction so he’ll get his own way, aka it will be a boxing fight on his terms, probably in Vegas.

Others questioned White's logic, saying that since Khabib was the one that made the challenge, the terms would be up to Floyd to decide.

why should it be on khabibs terms, if he wants to fight mayweather then it should be on however floyd wants it if he even is bothered by it, he dont need the cash tbh

Some users decided to take things in a more comedic direction.

UFC is a Circus…. why don´t you put to Khabib vs a real wolf, or a lion or a bear or even a real pitbull dog those animal has the same IQ than your fighters…… maybe higher

Finally, others still continue to believe that the fight will never happen and that all the talk is just hype.

please stop reporting on any nonsense that involves mayweather and khabib fighting. Its. Useless.

Floyd Mayweather, 50-0, took on and defeated Conor McGregor in a boxing ring in August 2017, defeating 'The Notorious' in the 10th round by TKO. Khabib Nurmagomedov took on McGregor on October 6, trouncing him in the fourth round with a chokehold. After defeating Conor, Khabib leapt out of the octagon to go after McGregor coach Dillon Danis, whom he said taunted him about his family, religion and country throughout the match. The brawl sparked chaos at the Vegas arena and ended in several arrests. Khabib and Conor were suspended from the UFC, with the next hearing scheduled for December. Since the fight, McGregor has demanded a rematch, with MMA fighters Tony Ferguson and Ben Askren also wanting a piece of the 'The Eagle'.