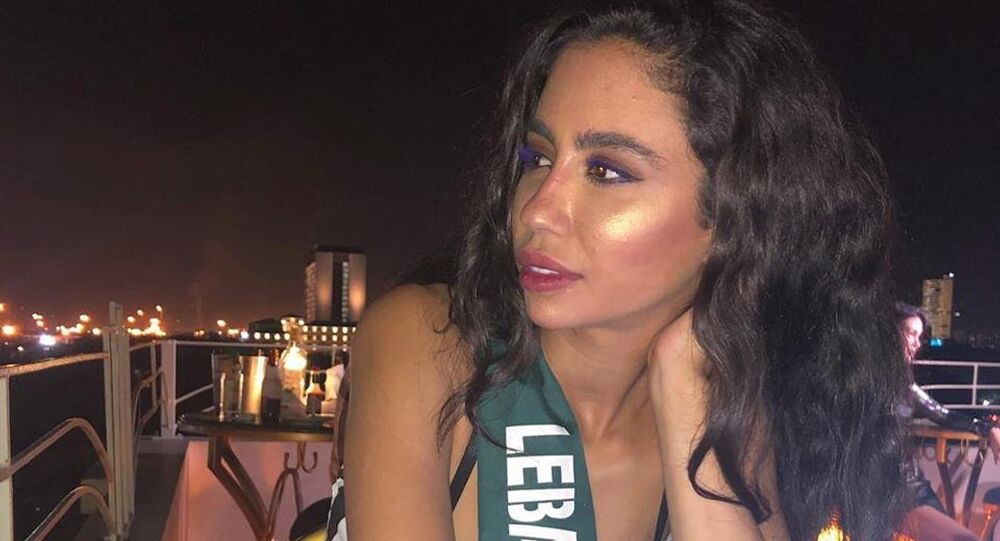 The Lebanese participant of the Miss Earth pageant was stripped of her title after a photo of her and her Israeli rival emerged on social media.

After a picture of the Lebanese participant of the Miss Earth pageant, Salwa Akar, and Dana Zreik, an Israeli delegate of Arab descent, with both of them making a peace sign, surfaced on social media, the Lebanese contest’s organizers stripped her of the title.

Let's make things clear since the organization @sawsansayedofficial who sent Salwa to Miss Earth is not putting any effort to make things clear and is leaving Salwa alone dealing with her problem! Salwa in her public apology said that first, she can't see well without her contact lenses, that's when a girl speaking Arabic language approached Salwa to take a picture! She didn't know the fact that she represents Israel until after the image circulated on social media. And Salwa was right because Miss Israel is Dana Zreik, a Palestinian from 1948 exodus representing Israel in Miss Earth 2018! Let's give the girl some slack! clearly, she's the victim here… And as for the organization, what about spreading real facts and support Salwa instead of stripping the title from her publicly and leaving her alone to deal with the problem! It's not anymore about if Salwa deserves to represent Lebanon in a fishy handpicked system, it's about the unprofessional organization that keeps getting franchise licenses to well known international pageants and sending our girls without any training or support! Besides What will happen to Salwa when she gets back to Lebanon?! The Lebanese Ministry of Tourism must take some action, and as for the media, give Salwa some break! @salwaakar #PageantLebanon #misslebanon #missearthlebanon #misslebanon2018 #beirut #lebanon #missearth2018 #missearth #missesrthlebanon2018

Akar, who posted the photo on her Facebook account, claimed that she didn’t know that Zreik was Israeli because she spoke to her in Arabic and that she couldn’t see well without her contact lenses; the organizers, however, didn’t accept the explanation, since Dana was wearing a sash reading “Israel.”

The organizers of Miss Earth Lebanon issued a public statement to local media, saying that they “categorically rejected the relationship with Israel,” and had withdrawn Akar’s title.

This is not the first time that a photo of beauty pageant contestants from these two countries has resulted in massive uproar.

In 2015, some Lebanese people demanded that Miss Lebanon Saly Greige be stripped of her title for a selfie with Miss Israel Doron Matalon.

Greige defended herself, claiming that she was posing for a picture with Miss Japan and Miss Slovenia when Matalon jumped in and took a selfie, later uploading it on her social media. After a probe, Saly Greige was allowed to keep her title.

In 1993, Miss Lebanon Huda al-Turk appeared to be less lucky and had her title withdrawn for taking a picture with Miss Israel.

© Photo : Facebook
'My Lips Are Too Big': UK Celeb Explains Why She Failed Roadside Breath Test
The Miss Earth contest, which seeks to raise environmental awareness, will be held on November 3 in the Philippines.

The two countries have no diplomatic ties: Israel’s ongoing occupation of Lebanon’s Shebaa Farms since the 1967 Arab-Israeli War and the Israeli suspicions that Iran is providing military support to Hezbollah have been among the key issues in their relations.