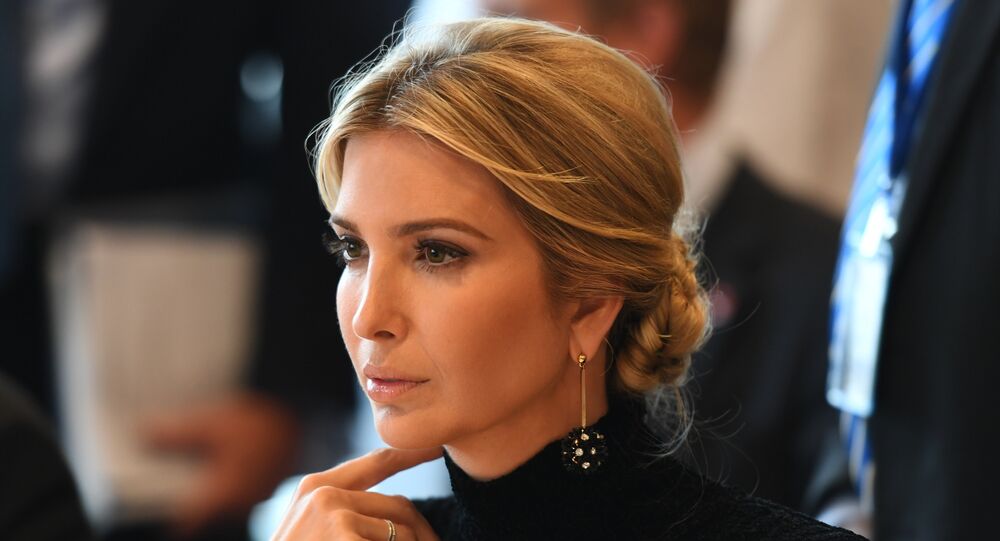 Ivanka Trump was invited to John McCain's funeral in Washington on Saturday by a close friend of the late senator, Lindsey Graham, The New York Times reported.

Footage of Ivanka Trump at John McCain's funeral in Washington on Saturday has immediately gone viral after Twitter users suspected her of texting during former Senator Joe Lieberman's eulogy.

Ivanka texting at McCain’s funeral.
Why am I not shocked. pic.twitter.com/LkqHjUNV8t

The original video, showing the US president’s daughter sitting next to her husband Jared Kushner in the National Cathedral, was tweeted by user Miranda Binewsky.

Ivanka can be seen looking down at her knees, although it remains unclear what exactly she was looking at – still Twitterians didn’t cut her any slack and have suggested that she was texting.

Meghan McCain is talking about her father being shot down, captured and tortured.

Ivanka Trump was on her phone during the #McCainFuneral today. The disrespect for this country from the entire Trump family is unacceptable.

What Were Ivanka Trump and Jared Kushner Doing at John McCain's Funeral? Ivanka was texting…. pic.twitter.com/7PWbkpH9Fa

And @IvankaTrump who crashed #McCainfuneral was TEXTING during @MeghanMcCain eulogy

Many, however, didn't rush to conclusions, saying that she might have been reading the program just like anyone else, and that no one could see a phone:

How do we know she was texting? Not that I doubt it but don't see a phone out.

I’m not a big fan of her but she could be looking at the program like many others were.

If I saw the phone then I’m right there with you.

Texting or reading the program?

Ivanka and Jared attended John McCain's funeral after reportedly receiving an invitation from Senator Lindsey Graham, a close friend of the late McCain, while President Donald Trump was not invited as McCain personally requested before his death.

© REUTERS / Chris Wattie
WATCH: G.W. Bush Passes Something to Michelle Obama During McCain’s Funeral
At the same time, former presidents George W. Bush, Barack Obama and Bill Clinton were at the ceremony, with both Bush and Obama delivering eulogies.

Donald Trump and John McCain used to regularly throw jibes at each other, with the president denouncing the senator's service in the Vietnam War, notoriously saying: "He was a war hero because he was captured. I like people who weren't captured."

John McCain, who died on August 25 at the age of 81 after suffering from an aggressive form of brain cancer, was tortured as a prisoner of war in Vietnam for more than five years.

US Public Pay Tribute to John McCain on Capitol Hill