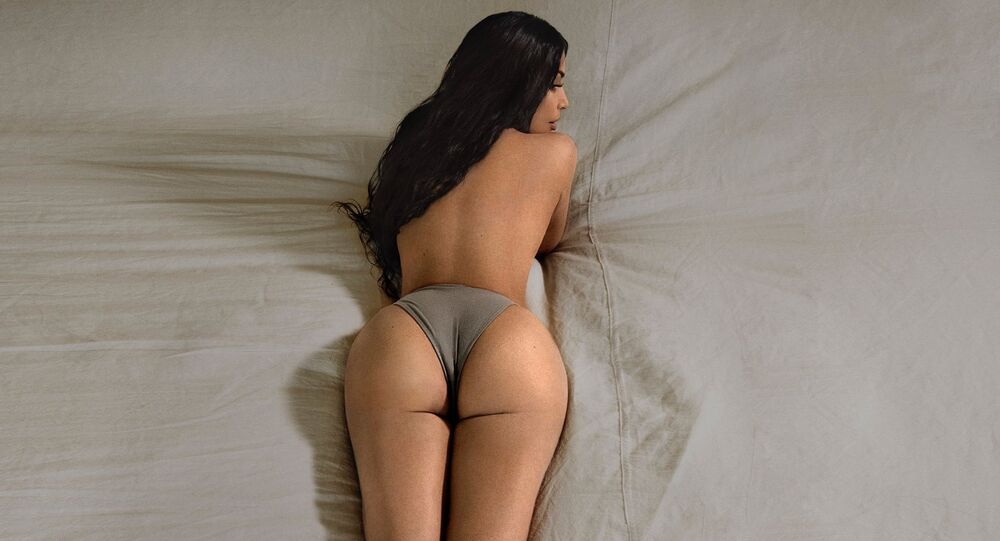 Kim Kardashian has published yet another saucy snap as part of an advertising campaign for her husband, Kanye West's shoe line Yeezy.

The model poses topless, lying on a bed in a pair of sneakers and underwear. And much like the first promo-picture she posted online earlier this month, this snap quickly went viral, sparking a plethora of hilarious memes.

Some “dispatched” Kim into space, like a rocket, while others speculated on girlish thoughts, centering around a love for outfits, be it underwear or a nice pair of brand new shoes.

The star’s posterior couldn’t escape the limelight either: one user even came up with a recipe of a "Kardashian drink:"

You have inspired me, drink Kardashian pic.twitter.com/nvyiAB0mIR

I knew this reminded me of something pic.twitter.com/vpmzbMA5kz

The first published snap from the promotional campaign gained no less attention on social networks, with Kim featuring in a variety of roles. She has been likened to a knocked down video game character, a resident of a nursing home, a dropped toy and even a marathon participant.