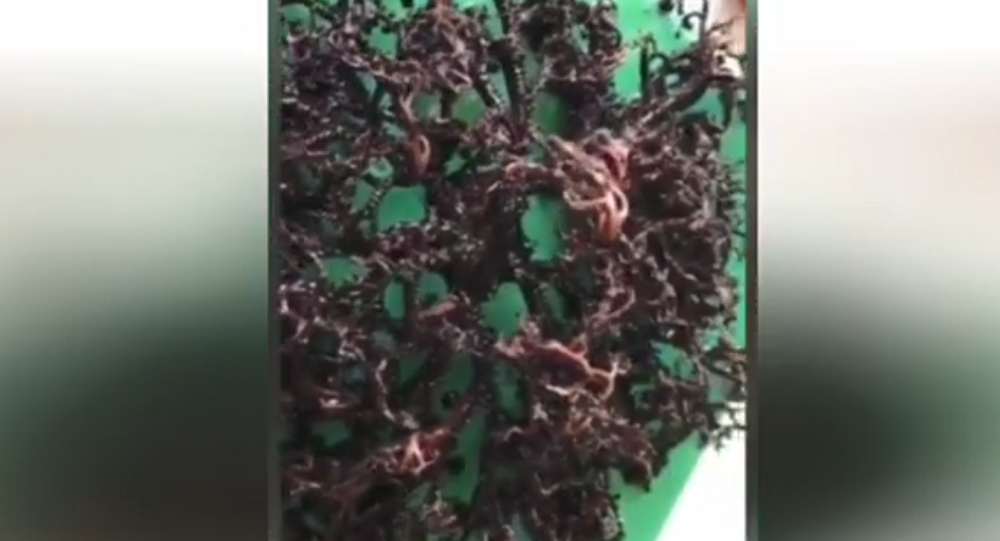 A large creature with hundreds of moving tentacles baffled locals after being found on a beach in Vietnam late last month.

The brown creature, which resembles seaweed, was found by Du Nam Du, a tour guide, on a beach in Kien Giang province in southern Vietnam, International Business Times reported. "I don't know whether it's an animal, vegetation or something else," Du said.

Marine biology expert Mike Van Keulen told Yahoo7 News the creature was probably a brittle star, which are closely related to starfish. However, we'll never know for certain, since it was released back into the wild.

Screenshot/MITCSAIL
Blast From the Past? Mystery Sea Creature Washes Up in US (VIDEO)

Some found that course objectionable, however, with local Kim Tho warning, "It's a monster. One day it will come back out of the ocean. It'll be 10 times bigger."

The folks over at video website Geekologie suggested it "looks like a *Googles prefix for a billion* gigapus to me. That's an octopus with a billion arms, just so we're clear."

We at Sputnik are simply wondering: would this go better with white wine or red?