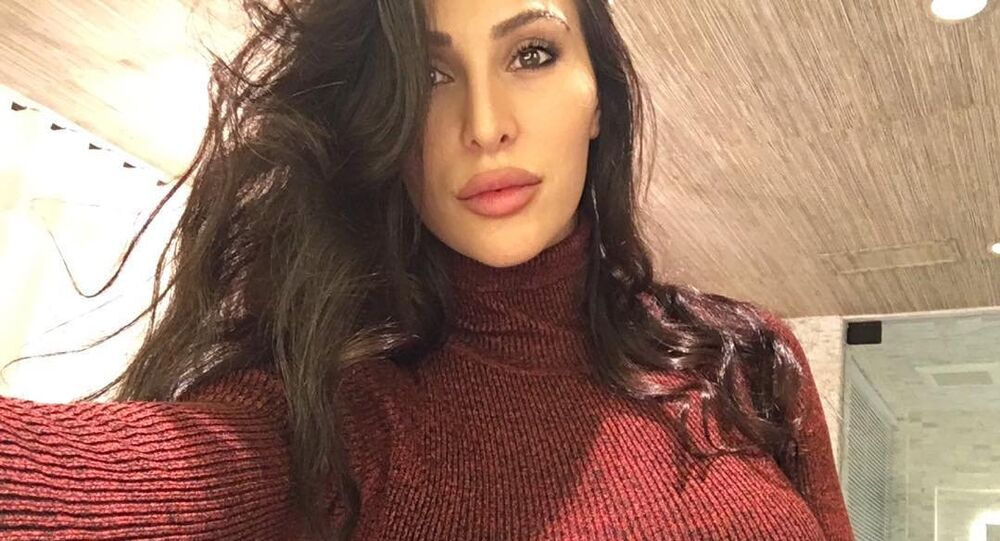 Former NFL running back Reggie Bush and Kim Kardashian broke up ages ago, but the player seems to have a type – his wife is the mirror image of his famous ex.

READ MORE: How Much Does Kim Kardashian Weigh 'Minus Hair Extensions'?

Besides the fact that the two look similar – raven hair, olive skin, hourglass figure – Kim and Lilit share an Armenian heritage, and the 37-year-old footballer began dating his wife in 2011 just a year after his split with Kardashian.

😙 for some reason we think we look beautiful with the duck face. I'm not ashamed to admit it lol.

Avagyan is a renowned dancer, who won the Rising Star Open dance competition in 2010 in Florida, represented the United States at international events and appeared as a guest performer on Dancing With the Stars.

Lilit, who grew up in Armenia, is fluent in three languages, including Armenian, Russian and English.

She’s been keeping her over 173,000 followers updated, sharing tons of pics from her routine workouts and days spent with family:

The uncanny resemblance, however, doesn’t end with the two women; it turns out that the Internet has been comparing their kids for ages.

I bet you thought this was Kim, North, & Saint…

Is anyone else still as shook as me how much Reggie Bush’s wife and kids look like Kim Kardashian and her kids pic.twitter.com/ZKOPi9Cq65

Last autumn, Kim Kardashian appeared on Jimmy Kimmel Live when Hollywood A-lister Jennifer Lawrence served as guest host. The Oscar-winning actress and self-proclaimed “Keeping Up With the Kardashians fan” didn’t hesitate to put Kim in an uncomfortable position, asking: “Do you think it’s a coincidence that Reggie Bush’s wife looks just like you? I don’t.”