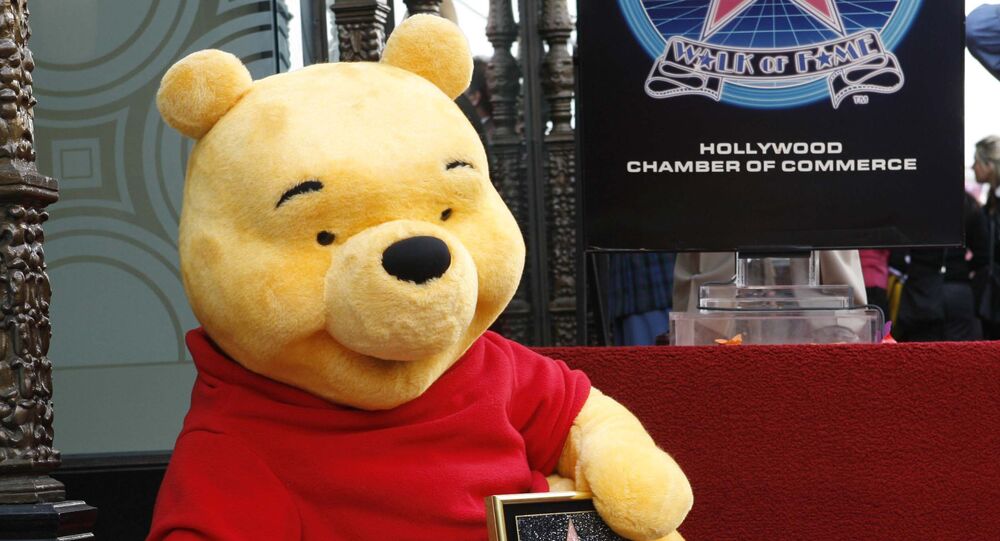 The Disney live-action movie about Winne the Pooh, “Christopher Robin,” won’t make it into Chinese cinemas, the country’s film authorities decided, according to The Hollywood Reporter.

While Chinese censors have forbidden the release for the new adaptation of AA Milne’s story about Winnie the Pooh without giving an official reason, The Hollywood Reporter’s sources believe that the decision was made because of a bunch of memes likening China’s President Xi Jinping to the honey-loving bear.

It started in 2013 with a widely-shared post, showing a picture of President Xi with then-US President Barack Obama alongside an image of Pooh and his taller friend Tigger.

Priceless- Obama and Xi as Winnie and Tigger // The most popular photo on Weibo in the past 24 hours. pic.twitter.com/79z7dkmXTg

Just a year later, netizens drew parallels between Xi and the fictional bear during his meeting with Japan’s Prime Minister Shinzo Abe, who, in turn, was compared to another character – donkey Eeyore.

Capping off a ludicrous day in diplomacy- Abe as despondent Eeyore, Xi as sanctimonious Pooh trending on Weibo #APEC pic.twitter.com/bxtX2Z6M4N

As the images went viral on Chinese social media platforms, such as micro-blogging site Weibo or instant messaging app WeChat, government censors began erasing images and blocking mentions of Pooh that were used to make fun of President Xi.

READ MORE: 'Something Green': The Mystery of the Putin-Xi Dinner at BRICS Summit (PHOTO)

The report has sparked an avalanche of reactions across social media, with many saying that was an apt comparison:

This is the most perfect side-by-side comparison. Kudos to you or whoever found these matching images!

In China, images of Winnie the Pooh have been banned because it became a meme to compare their authoritarian leader Xi Jinping to the cartoon bear.

To celebrate the sanctity and importance of the first amendment rights we Americans enjoy, I give you this very silly picture: pic.twitter.com/c49wZVIuzg

Meanwhile, The Hollywood Reporter has suggested that another reason for the movie not being shown on the silver screen may be due to the quota system that China applies to foreign films, only allowing 34 foreign movies to be released in cinemas each year.