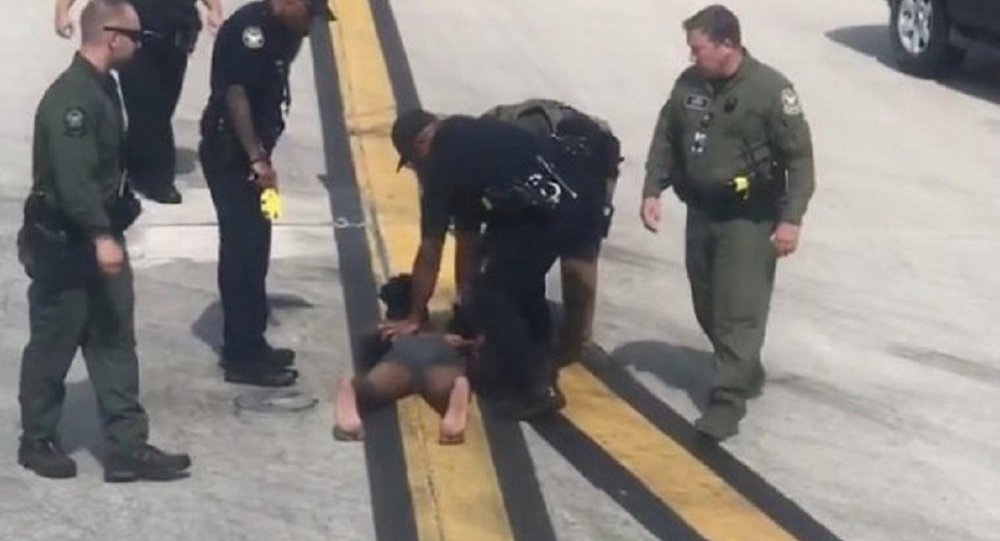 In a bizarre episode that looked like a scene from an action film, a naked teenager was arrested on the taxiway after climbing onto the wing of a passenger jet and banging on its windows.

Police arrested Jhryin Jones, 19, after he ran shirtless towards the plane after allegedly bypassing a fence to gain access to Atlanta’s Hartsfield-Jackson International Airport.

Footage posted on social media showed him running through grass towards the aircraft, which was on an active taxiway.

“This dude tried to board our plane naked at the Atlanta Airport,” passenger Alex Rasmussen tweeted.

© REUTERS / TK JAMES
A man in underpants gestures as he walks to a plane on the tarmac at the airport in Atlanta, Georgia, U.S., June 26, 2018 in this picture obtained from social media

He then jumped onto the wing of the airplane and pounded on windows as passengers inside the aircraft watched.

​Later on the teenager was seen lying on the ground as the police arrested him.

The incident had no impact on flights.