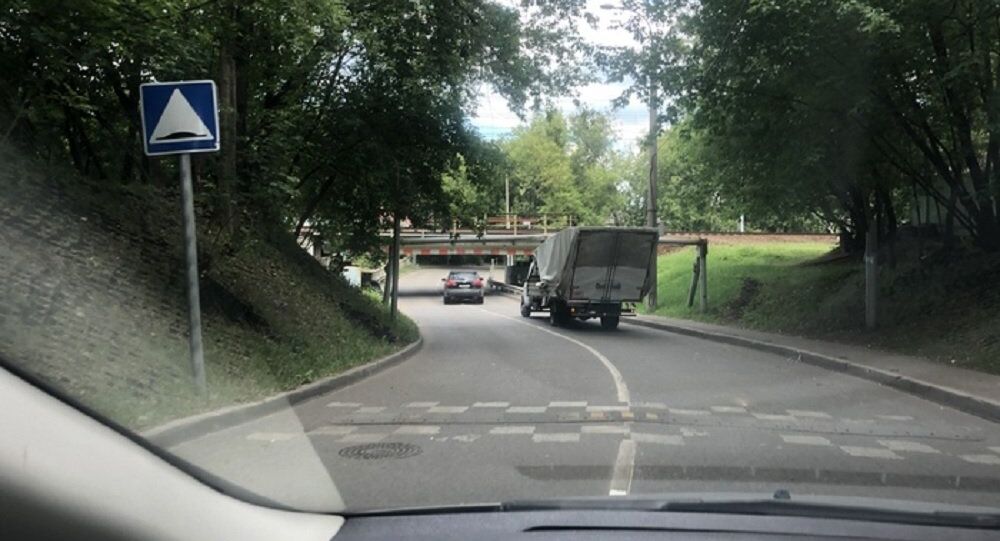 The bridge appears to be a twin of a similar "van-catcher" in Russia’s northern capital.

The viaduct, which is a stone’s throw from the Savelovsky railway station in Moscow, on Skladochnaya Street, has risen to fame due to multiple similar traffic accidents involving vans and minibuses getting stuck, according to the Russian news website "360." The 2.2-meter high structure, which supports a railway track on its top, is notably half a meter lower than a van with a canvas, or truck.

Although there is a brightly-colored tube located just in front of it, van drivers increasingly seem to ignore it.

There is a similar "idiot" bridge in St. Petersburg, which recently "caught" its jubilee 150th metallic victim.

'You're a Terrorist': Journalist Who Said Kiev Should Bomb Crimea Bridge Slammed