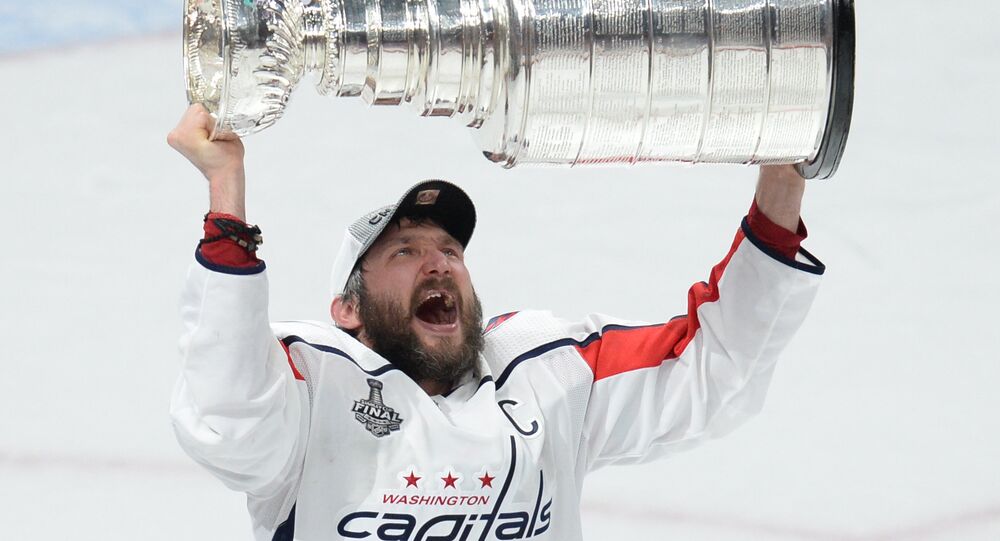 The hockey ace has shaved off his beard, which he grew throughout the National Hockey League (NHL) playoffs and Twitter has erupted in reaction to his new look.

Alexander Ovechkin, often referred to as "the Great Eight" or "Ovi", is a Russian professional ice hockey winger and captain of the Washington Capitals of the National Hockey League.

He recently uploaded a photo of himself without his iconic beard and social media is abuzz with reaction.

​In the comments users immediately noticed that Ovechkin had put his t-shirt on backwards, and suggested that he did it for the sake of a photo for Gillette, and on the front side of the shirt there probably was another company’s logo.

"I would gladly see how you would say it to his face," @JenStanaszek said.

Other users noted that, after getting rid of his beard, Ovechkin looks younger.

​Meanwhile, some users did not like his new image, and suggested that Ovechkin now return to his previous look.

​On June 8 Ovechkin won the Stanley Cup for the first time in his career. In the finals the Washington Capitals defeated the Vegas Golden Knights in a best of seven series winning the first title in the organization’s history.

Ovechkin was recognized as the most valuable player of the Stanley Cup finals. Following the victory, the Russian celebrated the triumph for several days with his teammates.

Hockey players have a tradition of not shaving during major tournaments. In the NHL, this tradition extends to the playoffs.