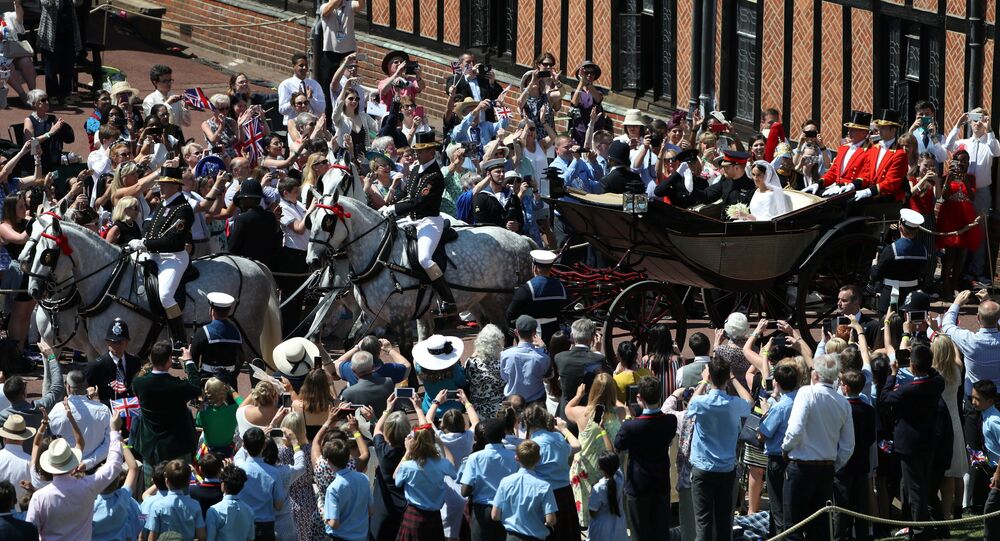 US President Donald Trump seems to have a special affection for big crowds, which occasionally makes media and social platforms “assess” the size of any crowd they see.

As the royal wedding unfolded and guests arrived at Windsor Castle on Saturday for Prince Harry and Meghan Markle’s ceremony, BBC Three launched a trolling campaign on its Twitter account in a bid to make fun of the biggest event of the year in the UK.

BBC Three compared the picture of President Trump’s inauguration crowd, which POTUS claimed “looked like a million, a million and a half people,” to the massive crowd gathered in the streets of London to watch the royals tie the knot.

The Stones in Brazil?? 😳😳👌 pic.twitter.com/laJVYVDQEa

…others defended the US President:

Not only was the photo on the left taken while people were still arriving (I was there) but the dems & media stirred up so much violence that people were afraid to attend.

Yep and its been proven that it was taken before everyone arrived. But they dont care!

The crowd-size controversy raised the ire of Donald Trump on his inauguration day because a host of media outlets showed that many more Americans came out for Barack Obama’s swearing-in in 2009. The commander-in-chief and his aides claimed that the media had played down the crowds, insisting that record numbers of people had attended the ceremony; then-press secretary Sean Spicer called it “the largest audience ever to witness an inauguration.”