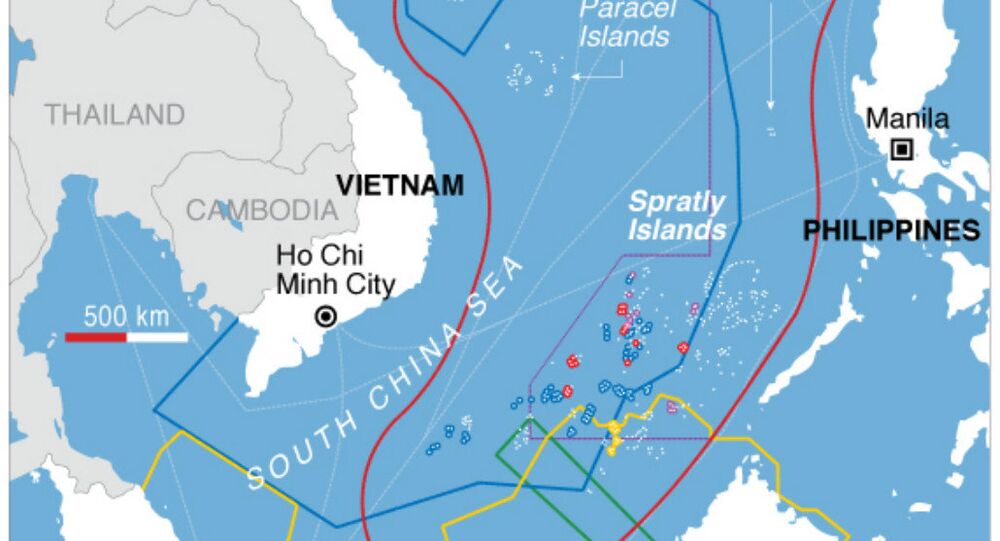 Mind the Gap: US Clothes Firm "Sorry" for Printing Wrong Map of China on T-shirt

US retail giant, Gap has issued an apology after selling a T-shirt displaying the wrong map of China after the design omitted Chinese-claimed territories including islands in the South China Sea, Taiwan and south Tibet.

According to social media site Weibo, the map printed on the Gap T-shirt, which is currently being sold in Canada, did not show the Chinese claimed territories, forcing the retail giant to apologize.

Gap said in a statement it "sincerely apologized for this unintentional error" and has subsequently pulled the t-shirt from the Chinese market and destroyed it.

Gap’s response on it’s Weibo account: “Gap Inc. respects the sovereignty and territorial integrity of China. We've learned that a Gap brand T-shirt sold in some overseas markets failed to reflect the correct map of China. We sincerely apologize for this unintentional error”

In January 2018, China shut down the websites of hotel chain Marriott International after the company listed Tibet, Taiwan, Hong Kong and Macau as individual nations on an online customer survey.

'Travel news' Marriott forced to issue apology after China error — Marriott International has been forced to issue a grovelling apology to authorities in China after the hotel giant incorrectly labelled Tibet and Taiwan as independent countries in a s… https://t.co/XX6S8zruHa

Marriott and Gap aren't alone in causing offence to China, Delta Air Lines recently issued a public apology for what it described as a "grave mistake" after listing Taiwan and Tibet as independent countries on its website.

"On Friday, Delta Air Lines had to issue its own apology after the Civil Aviation Administration of China (CAAC) demanded an “immediate and public” apology for listing Taiwan and Tibet as countries on its website." https://t.co/dgKCgfWHTf #martech #local #business

Gu Jianguang, director of the Public Policy Research Institute at Shanghai Jiao Tong University said in newspaper South China Morning Post, "it is a big lesson for foreign business to be politically correct when doing business in China."

Taiwan is an island off the south coast of China, governed independently from mainland China since 1949. The People's Republic of China considers Taiwan a province, while the international community adheres to the "One China" policy, despite several states maintaining contacts with Taipei.

However the island's leader Tsai Ingwen, the head of the Democratic Progressive Party (DPP) refuses to discuss the 1992 Consensus which states that there is only "one China."

The People's Republic of China claims Tibet is part of China. The Tibetan government-in-exile consider Tibet an independent state under unlawful occupation.