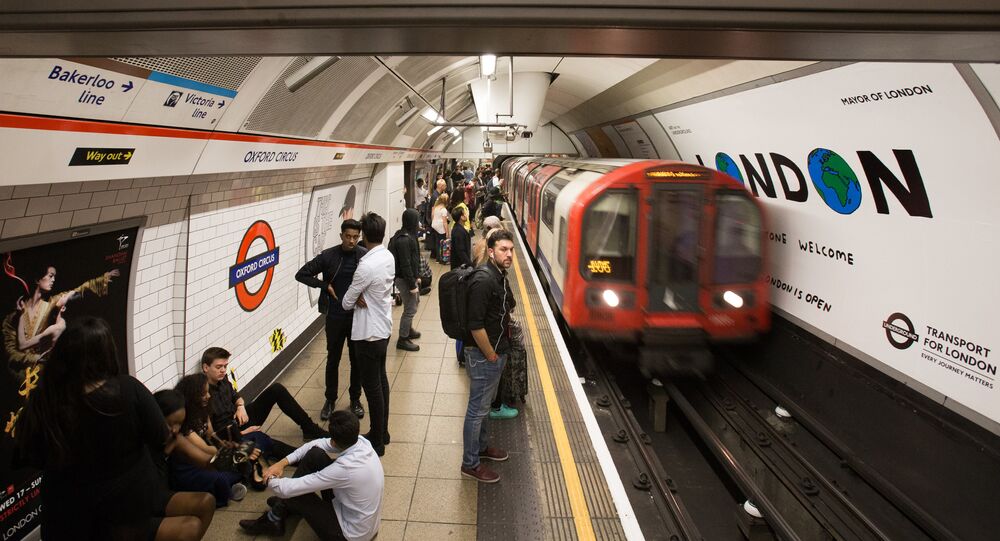 Footage has emerged of two men “playfighting” on a platform in London before falling into the path of an incoming train, and subsequently being rescued by nearby passengers. The incident occurred on April 1 in the capital’s Green Park Underground Station.

Onlookers quickly pulled them both off the tracks to safety, just seconds before a train stopped at the station’s platform. The men were reportedly drunk and behaving disorderly prior to the incident, which occurred at 1:30 A.M. local time on Easter Sunday.

“They were making so much noise. They were just screaming, singing really loudly, walking up and down the platform really close to the edge. They were play fighting and scaring each other by pushing near the edge. They lost balance and fell in, and then they got saved," an eyewitness told online entertainment and news platform UNILAD.

Both men – who have since been named by the Metropolitan Police Service (MPS) as Boguslaw Rybski and Przemyslaw Zawisza – have been charged with endangering “the safety of a person conveyed by railway.”

Their actions have been condemned and described as “extremely dangerous” by Steve Burton, Transport for London’s (TfL) Director of Transport Policing

"This behaviour was extremely dangerous and not only put the lives of the men involved at risk, but others on the platform who tried to help. These reckless actions will not be tolerated and the police will take the appropriate action," Mr. Burton said.

They are both scheduled to appear before the Westminster Magistrates’ Court later this month, where they will be tried.