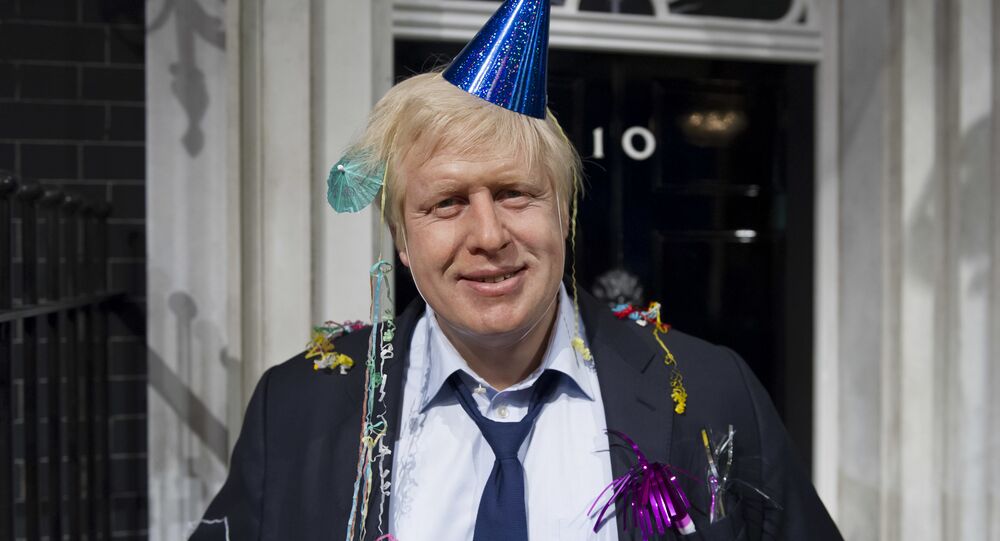 Social media users have joined the Kremlin spokesperson in condemning the comment by the UK Foreign Secretary Boris Johnson, who has compared the upcoming the World Cup in Russia to the 1936 Olympics under Hitler.

"It is absolutely outrageous statement, it does not fit the Foreign Minister of the country… It is undoubtedly offensive and unacceptable," Kremlin spokesman Dmitry Peskov told reporters on Thursday.

On Wednesday, the UK Foreign Sec agreed with a Labour lawmaker who likened the World Cup hosted by Russia this summer to Adolf Hitler's use of the 1936 Olympics for political purposes.

"I think the comparison with 1936 is certainly right," he said. "I think it's an emetic prospect, frankly, to think of Putin glorying in this sporting event."

During a press conference on March 22, the Russian Ambassador to the UK Alexander Yakovenko in response to a reporter's question said:

"The British government is free to make a decision  about its participation in the World Cup but nobody has the right to insult the Russian people who defeated Nazism and lost more than 25 million people  by comparing our country to Nazi Germany. That goes beyond the common sense and we don’t think the British war veterans, including those of the Arctic Convoys, would share this opinion."

here's Boris Johnson comparing Russia and Putin hosting the World Cup this summer to Hitler and the Berlin Olympics in 1936 pic.twitter.com/SfnggTFJg2

Johnson's remark was found unacceptable by online users, who rushed to point out Russia's crucial role and sacrifice in the fight against Nazi Germany. Twitter commentators also called Johnson's statement an "embarrassment."

Can't Boris Johnson say anything that isn't routed in the 1930s/1940s and has some faux Churchillian reference? Comparing Russia to Nazi Germany after the unbelievable sacrifices that nation made to defeat Fascism makes me ashamed and embarrassed for my country #c4news

All those millions of Russian people, combatants & non combatants who died fighting fascism. Boris Johnson needs to be heavily punished for this remark against Russia, a National disgrace, fanning the flames of hard right anti European & Russian xenophobia https://t.co/KhOpcxI4Tb

Please sack Boris Johnson, the guy is a clown and an embarrassment to the UK. The fact another conservative MP was defending his statement on 5Live this morning is even more disturbing.

How dare you to compare with Hitler the President of the country that lost more than 27 mln people in the fight against nazism?! @BorisJohnson are you insane?! Come to Russia on 9th May & you`ll know what does "to take responsibility for one's own words"mean! Idiot. pic.twitter.com/k3dQEbWKF0

So much for “not getting ahead of the evidence”. Boris Johnson’s just compared Putin to Hitler, saying he’ll use this summer’s World Cup like Hitler used the 1936 Olympics

What makes Johnson's comment especially crass, nasty and offensive is the fact that Russia, which lost at least 20 million people to the Nazis, did more than any other country to defeat Hitler https://t.co/rMH2hwFfIt