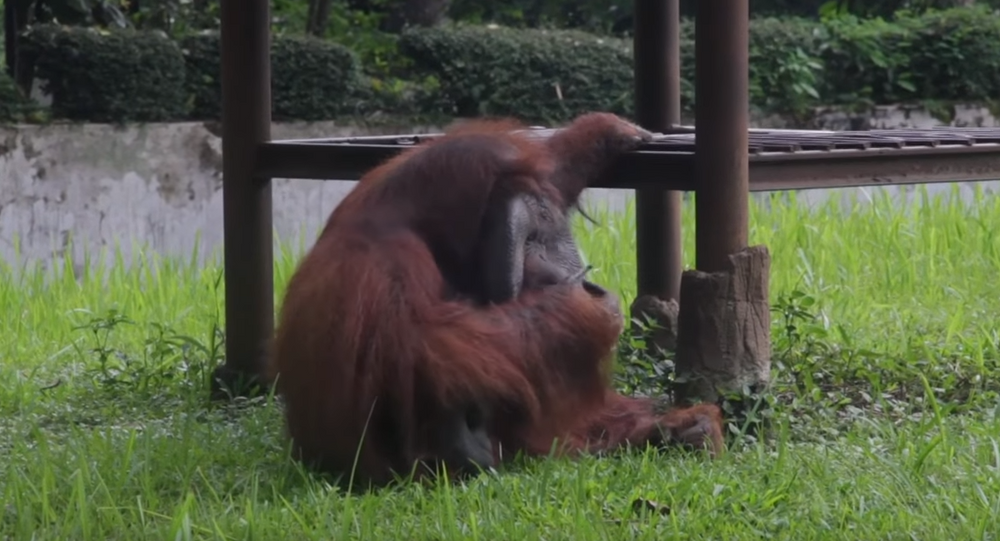 An Indonesian zoo notorious for its mistreatment of animals is being criticized by animal rights activists once again after a new video recently emerged showing one of its orangutans smoking a cigarette.

On Wednesday, activist Marison Guciano claimed that the smoking great ape is just additional evidence of the many crimes committed against animals at Bandung Zoo, which is about 75 miles southwest of the Indonesian capital of Jakarta.

In the Sunday video, a man is captured flicking his half-smoked cigarette into the reddish-brown primate's enclosure. The primate then picks up the cigarette and takes a puff, eliciting laughter from bystanders.

According to Guciano, the privately owned zoo is primarily responsible for the incident for its "lack of supervision" of guest interactions with animals.

"Visitors do not know how to deal with animals, but the lack of supervision by zoo management is equally lacking and is one of the issues which must be addressed. Indonesia desperately needs animal welfare standards in its zoos," Guciano posted on Facebook Tuesday.

The zoo has made national headlines before for mistreating animals, even being temporarily closed in 2016 after a Sumatran elephant died, chained to the ground, with bruises all over her body. She was a critically endangered species and was one of the only 2,800 left of her kind.

The petition on change.org titled, "Shut down the Bandung Zoo now!," which has almost a million signatures as of Wednesday, describes some of the conditions as follows, "Sun Bears kept in the Bandung Zoo are so hungry they eat their own feces. One of the zoo's giraffes suddenly died and was found to have 40 pounds of plastic trash in its stomach."

"The Bandung Zoo has been coined Indonesia's ‘death zoo' and must be shut down immediately," the petition states.

In addition, the petition also states that tourists often report that the animals look ill and weak.

"Join me in imploring the President of Indonesia and his Minister of Environment and Forestry to shut down this zoo and relocate these animals to a conservation or sanctuary where they can be taken care of," the petition urges.

Following the incident, zoo spokesman Sulhan Syafi'I said: "we very much regret that such a thing happened," ABC news reported.

He also claimed that police were notified of the incident and that there are signs at the zoo warning visitors not to feed animals or give them cigarettes.