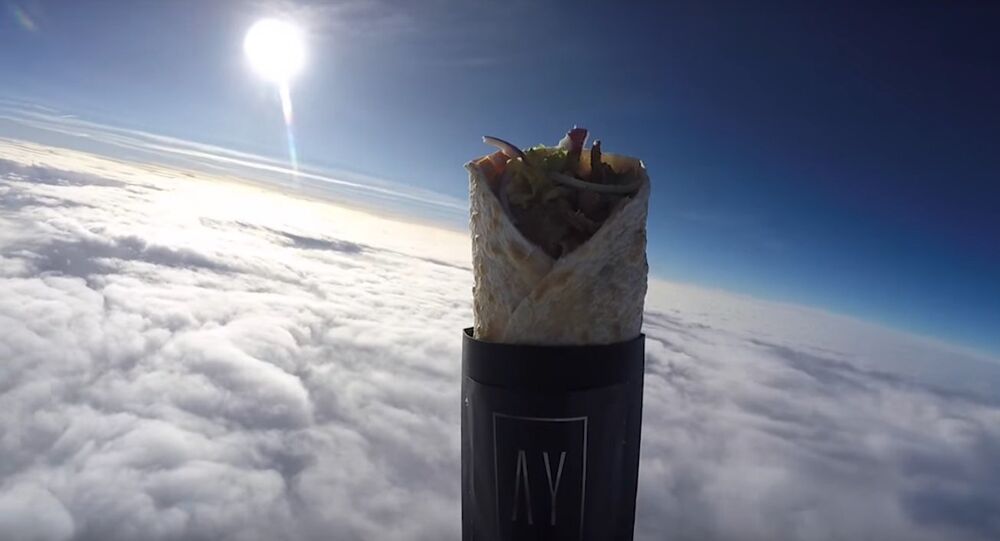 A kebab made in Switzerland has become the first to take a trip into the stratosphere, according to Zurich-based restaurant Ayverdi. They are in discussion with the Guinness Book of Records about their claim to the title, and aim to break more kebab-based records over the coming year.

The Ayverdi restaurant in Zurich has claimed the title of first kebab to be launched into space. By way of proof, the food outlet has published an online video which shows one of its delicacies soaring above the clouds in the stratosphere, the least turbulent layer of the Earth's atmosphere.

"We sent a kebab into space from Weiningen (a municipality in the district of Zurich), attached to a balloon," Ali Ayverdi, one of three brothers who founded the restaurant, told Swiss news outlet 20minuten.

On the third attempt, "We finally made it and the kebab reached a height of 37,795 meters," the entrepreneur continued, adding that the restaurant is in contact with the Guinness Book of Records to confirm a world first.

"We have done a lot of research and we believe that ours is the first doner kebab in the stratosphere."

After sending the kebab into space, attached to a camera, the team spent seven hours searching the South of Germany for the equipment, after its descent back to Earth.

"The kebab had got caught in a high tree during its descent and therefore the GPS signal was unfortunately inaccurate," Murti Ayverdi said.

© AP Photo / Michael Probst
'Doner Discrimination': Turkish Kebabs May Be Banned in Europe
The kebab still appeared edible, even after spending time in the stratosphere and enduring a crash landing. "We hardened the flatbread a little bit with spray, but in the end it kept its shape very well because it was frozen at a certain height," he explained.

The brothers hit upon the idea as a way to promote their new restaurant, which opens in spring 2018 in the Schlotterbeck area of Zurich.

"The building reminds us of a rocket, and we came up with this idea during our joint brainstorming," Huseyin Ayverdi said, adding that the brothers have more ambitious plans for kebabs in the coming year.

"We have already planned something for next year — there are more kebab records to be made," he declared.