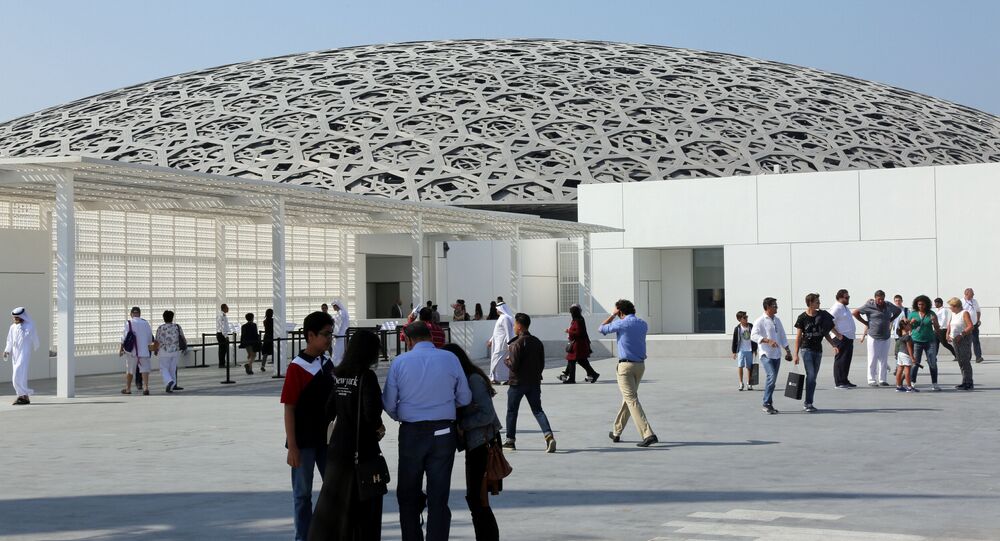 The museum, which was recently opened in the United Arab Emirates' capital as part of a 30-year agreement between Abu Dhabi's authorities and the French government, will host the only da Vinci's painting in private hands.

Louvre Abu Dhabi announced that it will display a 500-year-old painting of Jesus Christ that has been attributed to Leonardo da Vinci.

The work, titled Salvator Mundi or "Saviour of the World" was sold by Russian billionaire Dmitry Rybolovlev at the auction house Christie's.

It constitutes the highest price that was ever paid at the auction for any work of art, beating Willem de Kooning's Interchange, a painting that was sold for $303 million in 2015.

© Photo : C&T Auctioneers and Valuers
Nazi Knickers: Hitler’s Underwear Sells For $6,700 at US Auction (PHOTO)
The painting, however, has been subject to a major controversy, since a number of art experts have come forward to allege that hadn't been painted by da Vinci.

New York Magazine art critic Jerry Saltz argued that "one look at this painting tells me it's no Leonardo," though he admitted that he is "no art historian or any kind of expert in old masters."

"Not only does it look like a dreamed-up version of a missing da Vinci, various X-ray techniques show scratches and gouges in the work, paint missing, a warping board, a beard here and gone, and other parts of the painting obviously brushed up and corrected to make this probable copy look more like an original," Saltz said.

The identity of the buyer also remains a mystery, as Louvre Abu Dhabi did not specify whether it had purchased the alleged da Vinci painting.

SOVIET ART AUCTION WAS A SUCCESS

Russian Literary Works, Art Up for Auction in New York