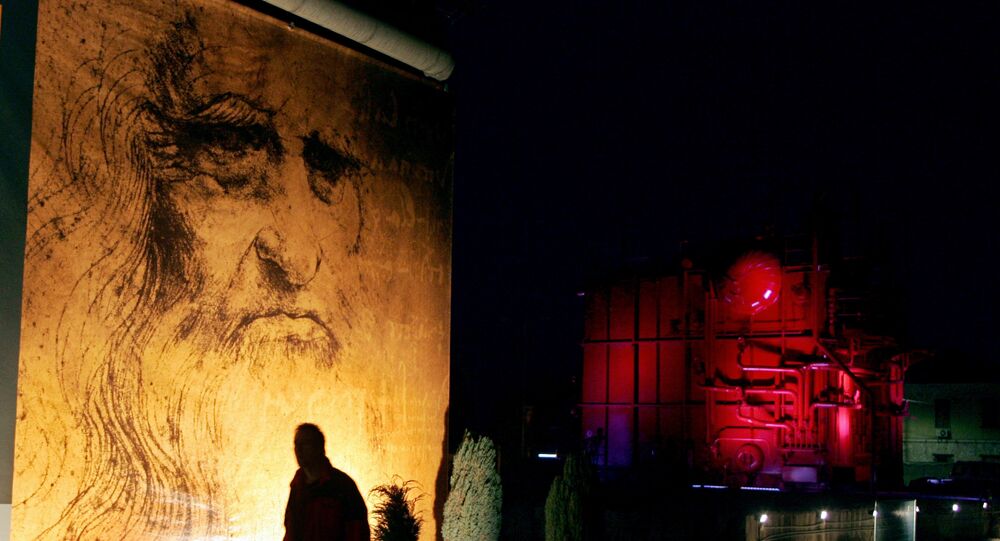 A 500-year-old painting of Christ by Renaissance master Leonardo da Vinci has been sold at auction in New York for a startling $US450 million.

MOSCOW (Sputnik) — A rediscovered painting of Christ by Renaissance master Leonardo Da Vinci has sold for a record $450,312,500 at Christie’s in New York, the British auction house said in a statement.

​The price fetched Wednesday by "Salvator Mundi," depicting Christ as "Saviour of the World," has "obliterated" the previous world record for the most expensive work of art at auction.

​There are fewer than 20 paintings in existence that are recognized as being from Leonardo’s own hand, Christie’s said. Apart from "Salvator Mundi," all are in museum collections.

Leonardo da Vinci
Twitter Users Stunned by Newly Discovered Alleged Leonardo's 'Nude Mona Lisa'
Originally painted in 1500s, "Salvator Mundi" decorated the palace of England's King Charles I until it was auctioned off by the son of the Duke of Buckingham and Normandy in 1763. After that, the painting reappeared only in 1900, when it was purchased by Francis Cook, a British collector. The picture was painted over in a clumsy restoration attempt that tricked experts into believing it was a copy by da Vinci's follower Bernardino Luini.

In 1958, Cook's descendants sold the supposed copy for only about $50. In 2005, the painting was acquired by a consortium of art dealers, who restored the painting and initiated an authentication procedure. It took six years to attribute "Salvador Mundi" to the great master himself.

The most recent appearance of the painting was in 2015 when its last publicly known owner, Russian collector Dmitri Rybolovlev, reportedly accused his art dealer Yves Bouvier of financial fraud. The new owner of the painting has not been disclosed.